Beer Venom Brewing Her Ghost In The Fog 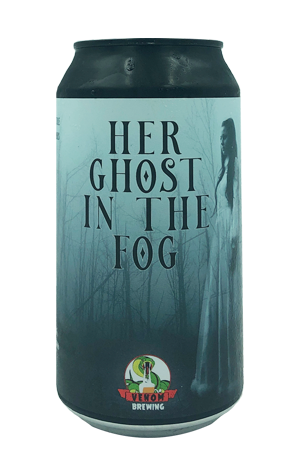 As sources for beer names go, a song whose lyrics detail the rape and murder of a woman by priests, and their subsequent murder by her vengeful lover, is, it's fair to say, uncommon. But it does herald a new theme from Venom as brewing company founder Joel Drysdale has decided to combine some of the musical passions of his past with the brewing passions of his present.

The first track to be honoured in liquid form is Her Ghost In The Fog by Cradle of Filth; the lyrical content might suggest a chilli-laden, bitter imperial stout, perhaps, but instead it seems we need to focus on the fog of the title as it's actually rather more straightforward: an enjoyable addition to the colossal canon of hazy IPAs filling fridges the country over these days.

A 20 grams per litre blend of US Azacca and NZ Rakau hops (Joel loves his Kiwi varieties) do a wee citrus, grapefruit and mango dank-dance atop a relatively lean, pale and ultimately quite resinous hazy IPA – one with more than a little of partner brewer Deeds' DNA in it, and a little boozy prickle too.

Look out for more plundering of Joel's 90s record collection in the coming weeks...

And select retailers around Melbourne