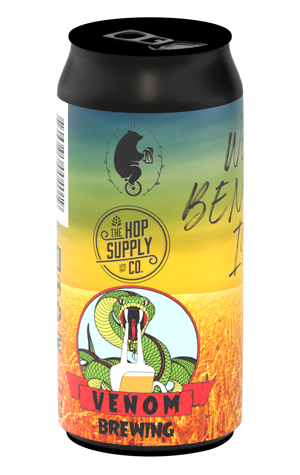 At 2019's Bendigo On The Hop, we ran a couple of IPA blind tastings for attendees. As ever with such things, the results varied from session to session; after all, we all have different palates and different tastes. No beer on the lineup attracted such wildly differing opinions among attendees, however, as the West Bendigo IPA from Venom – a collaboration with Bendigo venues The Hop Supply Co and Handle Bar they were launching on the day.

It picked up both full marks from some and cutting remarks in the comments section from others. It certainly stands apart from the contemporary crowd, in part due to favouring old school US hops often overlooked in favour of fruity newcomers these to create a more earthy, piney hop bitterness. It's also built upon malt sourced from a local farmer, which lends the beer a sweetness before that bitterness kicks in.