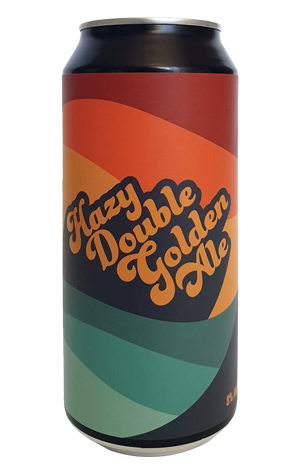 We covered much of the background to this beer's arrival in an article on the rise and fall from prominence of golden ales – which you can read here. But what of the liquid that Venom's Joel Drysdale wanted to create in tribute to his flagship Golden Ale?

Well, deciding that simply doubling the ingredients was one thing but giving it a contemporary spin was even better, he enlisted the team at Carwyn Cellars as co-conspirators, given they're rather more au fait with the hazier realms of the hoppy beer world, both here and overseas. Thus it was that they not only went overboard with Kiwi hop additions but also worked with the brewery team at Quiet Deeds to ensure the finished beer was opaque with haze too. Opaque and glowing yellow too, as if someone has laced it with cordial or plugged it in at the mains.

While a visitor from outer space who'd landed in the past couple of years to observe the beer world might find this hard to believe, we don't really buy beers for how they look, however, but for their flavour and aroma qualities. On that front, you'll be met by plenty of creamy orange, lime and pear in a beer that's full on the palate and with a grippy bitterness that does its best to make an impression through the fruitiness.

And more to come