If you’re going to open a brewery in a part of Australia where craft beer has barely taken hold, you may well decide to play things safe when it comes to naming your business.

Maybe you’d adopt the name of the town or region where you’re setting up, or plump for a prominent local landmark or legend. You might choose to go with something distinctly beer or brewing related. Maybe you figure, like many Aussie brewers before you, that your name is strong enough to carry the brand.

Alternatively, you could unload your stainless steel into a warehouse in a regional town with a population of around 2,000, in a part of Victoria with little local beer and (at time of writing at least) bugger all in the way of quality craft beer bars or retailers, and call your brewery Noodledoof.

That was the approach taken by Sam Rudolph and Alex Carr, and in fairness it’s been working out just fine for them. And, if we’re going to be honest, the brewery (and now distillery) is named after the founders – or their nicknames anyway: Sam picked up the Noodles tag thanks to his lengthy reach when the star player at Port Fairy’s footy club; how and why Alex became known to mates as Dufus, we’ll leave you to ask in person.

Aside from the unlikely choice of name, however, the business launched by the two mates who first met in Adelaide is very much a contemporary craft brewery. OK, so the branding and colour palette decorating their beers and merch also avoids looking overtly beery, but aside from the name and the branding, Noodledoof serves up what any discerning beer lover is seeking.

Take the venue itself: a brewpub in a redbrick warehouse with a prime position in Koroit’s main street. It’s bright and breezy enough – not least thanks to the mural paying tribute to nearby Tower Hill and the region’s amazing fauna along one wall – for you to happily bring your entire family along in the knowledge they won’t complain about being dragged to another brewery. Yet the brewhouse and still are on full display between the indoor seating / dining area and the beer garden at the rear.

On most of the days it’s open, it operates as a café from 8am too, with a small yet varied menu of generous, beer-friendly but not-just-the-obvious dishes available at meal times too. There’s smoked meat platters and outrageous loaded fries on the one hand, salads and vego offerings on the others. The pizza oven that takes centre stage in the beer garden gets fired up (literally) regularly, and there’s a range of kids’ meals.

If you’re just there for the beer, you’re all good too. The number of taps protruding from the wall behind the bar has increased since they opened, and the staff serving them are as knowledgeable when it comes to the liquid in your glass as they are friendly and accommodating. What’s more, as a small, family-run operation, there’s a good chance Alex or Sam (or both) will be on the tools, or on the juice, when you stop in.

When it comes to the beer offering, they initially figured they’d stick a little closer to the playbook than they did with the name. The gold medal-winning Pale and helles-style Lager they’ve been refining over the years remain at the heart of their lineup, yet the tastes of Koroit regulars have surprised them.

Given the town’s long and lively Irish connections – it’s home to a hugely popular Irish Festival every autumn – they were always likely to find people with a taste for a tipple. Whether they expected a stone fruit sour to be the beer they couldn’t brew fast enough within two years of opening is another matter. But, in tandem with their move into cans and the occasional limited release in bottles that’s allowed them to send beer a little further afield, the diverse taste of their hometown crowd means you’re likely to find everything from pilsners to saisons, IPAs to barrel-aged stouts on tap or in the fridge.

The experimentation doesn’t stop there, either, with a line of spirits taking shape too; their standard gin proved a winner after I picked up a bottle on one visit. They don’t make their own wine, but they do stock a nicely-curated list of local offerings, as well as soft drinks from independent producers.

Completing the picture is the entertainment on offer. Time your visit right and you might catch live music in the beer garden, particularly if you’re there over summer. At other times, they’ll have DJs spinning vinyl, often by a collective known as the Koroit Record Club. Sure, that’s the name Sam, Alex and their mates decided to give themselves when gathering to listen to each other’s records, but they do have excellent taste in music.

As I type these words, we’re at a moment in time when everyone hopes we’ll soon be referring to the pandemic in the past tense, but it’s worth mentioning here anyway. Along with their partners, they opened the doors to Noodledoof for the first time in late 2019, which meant they had to close the venue within months of selling their first beer. But rather than enduring a disastrous start to life, they found the town and surrounding region taking a shine to them and their beers – within weeks of the nationwide shutdown, they were getting upwards of 100 growler orders a week.

It’s proven to be a common tale around the country, one that offers encouragement for the future of small, local and independent breweries across Australia. Certainly, having switched careers as semi-pro footballer and sparky-turned-Holgate-brewer respectively to launch their own operation, Sam and Alex appear to have experienced COVID as much as wildly entertaining ride as terrifying roller-coaster.

Looking ahead, expect to see even more experimentation, both with beer and spirits. The pair grow hops on Sam’s hobby farm and are always exploring ways to showcase the region in everything they produce.

Oh, and if you like honey, take a bucket along with you: their bees are producing so much of the stuff they’ve no idea what to do with it. Even in a town where a stonefruit sour has proven to be the surprise hit, a permanent braggot tap might just be a step too far…

Noodledoof is a brewery and distillery opened by two mates in Victoria's west. As they approach their first birthday, we chatted to co-founder Alex "Doof" Carr about an opening twelve months encompassing a pandemic. Road trains, emus, knackered fences, a cricket pitch, kangaroos, trees that look like they can survive with the merest sprinkling of water... If you didn't know what style of beer awaited you within a can of Noodledoof's Australian Pale Ale, you'd at least know it was Australian. While the hop selection isn't 100 percent local, Aussie Eclipse is arguably the star, while the malts (as is the Koroit brewers' preference across the board) are from independent NSW producer Voyager Craft Malt. The fun… Read more
Golden Yellow If you're going to open a brewpub in a regional town with little prior exposure to craft beer, you're going to want a lager in your lineup (even if a fruited sour had become the locals' favourite at time of writing). As such, Noodledoof have had one on tap from the off, and thankfully resisted any temptation to follow the "Draught" route taken by many and concocting an Aussie bastardisation of the Euro classics. Instead, what you have here is their spin on classic Munich helles. Golden… Read more
Golden Over summer, Noodledoof were one of 27 Aussie breweries invited to create beers for the NZ Hops Great Brew Challenge, and they return to that territory in May with this "spritzer" featuring both a heavy dry hop of famed Kiwi hop and 100kg of imported NZ feijoas. Both make their presence felt in Sour Feijoa Spritzer, which appearance-wise sits somewhere between a traditional lemonade and a pineapple juice and delivers the refreshment of the former. Not that it’s about lemons at all, however,… Read more
Pale Yellow I gotta say, hats off to Noodledoof. As someone with a pomegranate tree in the back garden who does well to get hold of even ten percent of the ripe fruit each year before birds have ravaged the lot, respect to anyone who can get their hands on enough for a brew. Unless they bought them, of course, but that doesn't seem to be the Noodledoof way, given they seem to take as much pleasure in growing ingredients as they do making beers and spirits with them. However they got them from tree to brewhouse,… Read more
Red If you'd given Sam and Alex three guesses as to what beer style would be the one they couldn't brew fast enough within two years of launching Noodledoof, I seriously doubt they'd have gone with a fruited sour. Sure, when I first called in a couple of months after opening, they were about to tap their first such beer to test the waters, but who'd have thought a regional town with a strong Irish heritage would fall for Stone Fruit Sour? No prizes for working out stone fruit is the key character here,… Read more
Golden Yellow It's pretty obvious they know their way around a pale ale at Noodledoof. They picked up their first AIBA gold for one in 2021 and also claimed People's Choice for best beer at the Ballarat Beer Festival two years running for their pale. With Extra Extra XPA, they decided to step things – all the things – up a notch or two for a celebration of Australian ingredients. The beer is a coming together of Schooner, Munich and Organic Chit malts from Voyager Craft Malt and Galaxy, Eclipse and Aussie… Read more
Golden Kiwi hops have proven to be not just distinctive and often as lively as any varieties on the planet, but also suited to certain contemporary beer styles. And arguably never more so than within pilsners. There's a stack of wonderful NZ brewed NZ pilsners (oh, how I miss the days Emerson's classic was still available on these shores) and they regularly appear from the hands of local brewers too. For their take on the style, Noodledoof combined Atlas malts from Voyage Craft Malt with Wai-iti. OK, so… Read more
Pale Yellow 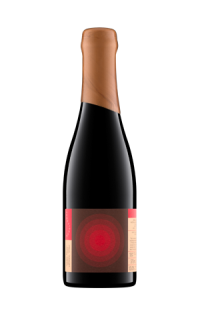 The distilling side of their business might not be far enough along for Noodledoof to have released their first whisky at time of writing (although such things are on the way). But for by far their biggest beer to date, they did enlist the help of near neighbours at Timboon Distillery for this beer, a 13 percent ABV whisky barrel-aged stout topped off with cherries from Tower Hill. Low carbonation aids its somewhat viscous passage across your palate, as dark cherries and chocolate – or Black Forest… Read more
Black 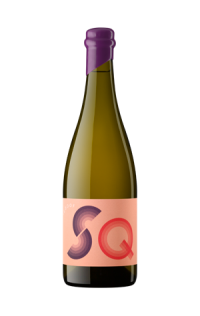 One of the first limited releases from Noodledoof to appear in packaged form is this saison, which comes with the addition of quince. It's one that comes with such fullness of body and depth of character you could almost argue it's part strong Belgian golden ale too. Glowing golden in the glass, it manages to be bright on the palate despite said malt-led fullness. That baseline malt character comes across like it has a little age on it, and brings to mind sugar-coated biscuits too. From there, the… Read more
Golden