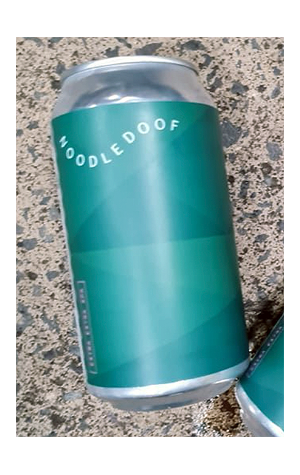 It's pretty obvious they know their way around a pale ale at Noodledoof. They picked up their first AIBA gold for one in 2021 and also claimed People's Choice for best beer at the Ballarat Beer Festival two years running for their pale. With Extra Extra XPA, they decided to step things – all the things – up a notch or two for a celebration of Australian ingredients.

The beer is a coming together of Schooner, Munich and Organic Chit malts from Voyager Craft Malt and Galaxy, Eclipse and Aussie Cascade from Hop Products Australia. And they certainly have gone for the extra, delivering an XPA with a bolder character than most you'll have tried from Aussie brewers.

The specialty malts take the beer into orange glow territory and support the hefty dry hop with some light caramel flavours. There's juicy citrus, orange pith and mandarin aplenty, not to mention a piercing, drying bitterness with those orange-tinged flavours lingering alongside it, which takes it closer to an IPA than a pale.