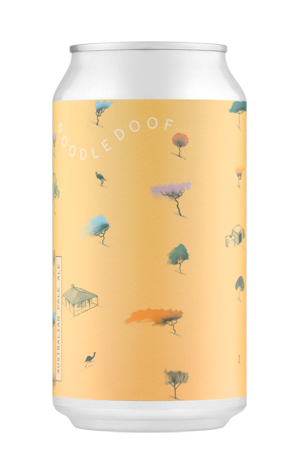 Road trains, emus, knackered fences, a cricket pitch, kangaroos, trees that look like they can survive with the merest sprinkling of water... If you didn't know what style of beer awaited you within a can of Noodledoof's Australian Pale Ale, you'd at least know it was Australian. While the hop selection isn't 100 percent local, Aussie Eclipse is arguably the star, while the malts (as is the Koroit brewers' preference across the board) are from independent NSW producer Voyager Craft Malt.

The fun labels with classic outback vibe are a good introduction for what's a fun, breezy beer. The Eclipse works alongside Citra to deliver juicy citrus and a little of the tropical atop softly sweet malts and a crisp bitterness. It's well enough judged that, as Mrs Pint put it minutes after being handed a can on a warm summer arvo: “Christ! I skulled that!”