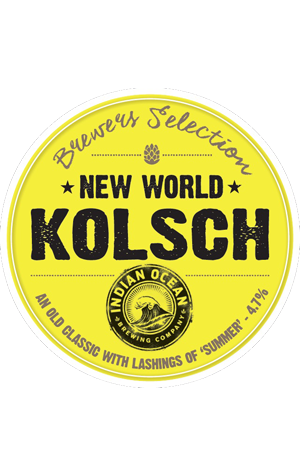 We're not 100 percent sure why (maybe 99 percent), but there seems to be something about the name Gary and WA's brewers, particular those with a past or present relationship with Colonial Brewery. Pretty much all of the Margaret River region brewery's limited releases seem to bear a variant on the name Gary and now a beer brewed by one of their former head brewers has come out with the words (little gary) next to its name in the tasting notes. Hmmm...

Said brewer is Mal Secourable, a man with a fondness for all beers German. And his summer seasonal for the brewery based in Mindarie Marina, on the northern tip of Perth, is another that fits that category. It's based on the Kolsch style brewed in and around Cologne, one of very few surviving German ales.

He says: "Our version looks to combine the classic malt characters with a far more floral hop flavour and aroma. We have achieved this by using a fairly traditional Kolsch recipe and ‘dry hopping’ the beer in fermenter [which] results in zero bitterness but very high levels of aroma." he's done this with a combination of Aussie Summer (soft stone fruit / melon characteristics) and the orangey American Amarillo. He describes the beers as "a clean, ‘lager-like’ beer, yet possessing vibrant and fresh aromatics (predominantly fresh citrus blossom)."