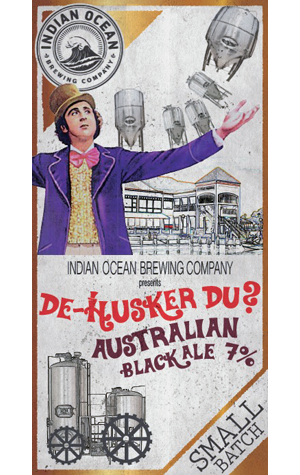 Australian style black ale. Similar to a Black IPA, but shifting the focus away from American hops towards the tropical and floral hops of Australia. Hop dominated nose with passionfruit and other tropical fruits being present as well as a notable “Turkish delight” character. Similar hop character on the palate balanced with a rich, yet light malt profile. No notable heat from alcohol.

One thing to note is that we brewed this beer so only very small amounts of chocolate, coffee and roasted flavours and aromas should be present in this beer which is representative of the Black IPA style.