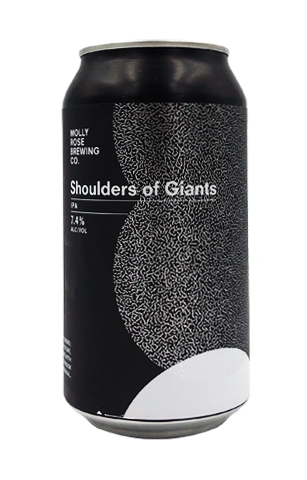 Having spent several months travelling through various global beer cultures while refining his plans for Molly Rose, there was little doubt Nic Sandery would be someone eager to doff his cap to those who inspired him. Or, in this case, those who inspired a generation of brewers and drinkers.

Shoulders Of Giants is his homage to the big IPAs from the West Coast of the US that helped kickstart the style's eminence within the craft beer revolution. As such, it's brewed with the classic "three Cs" – Cascade, Centennial and Chinook; they're used in pretty voluminous quantities but set against a malt backbone with enough depth to ensure balance. At 7.4 percent ABV, there's a little boozy tingle but there was easy consensus among the trio of Crafty team members who sampled it was: this is a banging West Coast IPA with a great balance of hops and malt – just how they used to be.