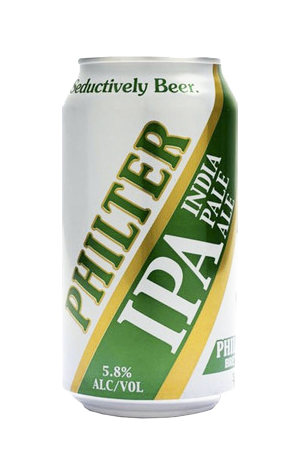 Philter set out from the start to make drinking beers. Sure, beers with flavour and character but, more than anything, that you'd want to put away then have another. A stack of awards would suggest they're doing a pretty good job of making such beers well and it's likely this IPA, the fourth addition to the core range, will see the brewing company headed by Sam Füss continue in that vein.

It's a beer that does what it promises on the tin – passionfruit, grapefruit and orange aromas welcome you in, a slightly resinous, tropical bitterness offers an instant hit on the palate but stays where it is rather than building to anything overbearing, while a light caramel malt character adds a supporting sweetness and balances the bitterness. In today's climate, you could argue it's more big pale ale than India pale ale, but that's no bad thing at all.