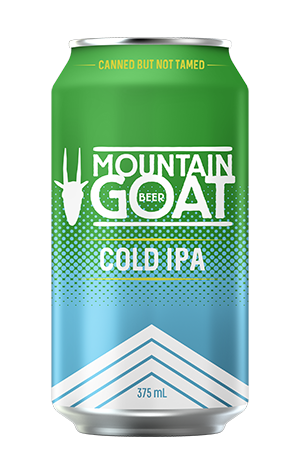 We've written a fair bit about the cold IPA "style" over the past nine months, even putting together a blind tasting panel to assess some of the earlier arrivals from local brewers. Different brewers have taken different approaches to creating them; for the Goat team, they kept things about as simple as they could, taking their core range IPA and fermenting it at a cooler temperature than usual in a similar manner to the way they produce their Steam Ale.

Despite the seemingly minor changes in process, the outcome is a fair way distant. The aromas of the pale gold beer are focused and leaner than a West Coast IPA, and the absolute opposite of a NEIPA, while in character they're reminiscent of a savvy b's tropical lime flavours, albeit with a deeper, more grassy, herbal underbelly. There's some underripe mango / pineapple there too and a little stickiness to the otherwise lean body.

It's a good example of a style that seemed to be everywhere a few months ago, and a neat way to see how a change in process can make ostensibly the same recipe end up in different places.