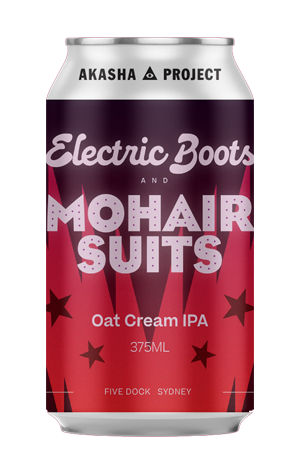 As anyone with even a passing knowledge of the life and times of Reg Dwight will know, there wasn't much of a mood- and mind-altering nature that wasn't part of his diet through much of his rise, imperial phase, and subsequent rather dodgier period. I doubt, however, that 7 percent ABV oat cream IPAs were on the rider as he took his show on the road. Yet such is the beer Akasha have decided to christen with a name taken from a line in Bennie and the Jets (which I have today discovered is often misheard as "Electric boobs and mohair suit"...).

You'd imagine a beer like these would have suited Elton's party era, given they bring fun party vibes by their very nature. Here, you're met by that familiar lactose-sweetened tropical crème character but there’s a dankness trying to poke its way through too. The body has a relatively fulsome texture without being overtly creamy, even if there is a spongey stickiness engaging in a pugil stick battle with the pine-tinged bitterness and just about being the one still standing at the end.