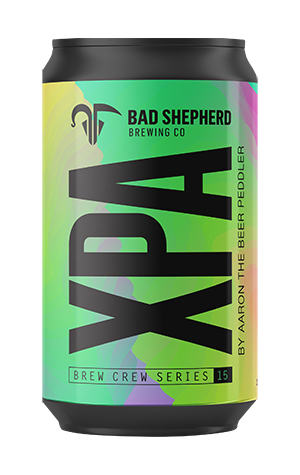 Bad Shepherd’s Brew Crew series can often take the brewery in quite weird and wonderful directions (Sticky Date Stout anyone?) but number 15 in the series sees them take a step back and brew a style more often found in a core range than in a limited release program. The simply titled XPA was brewed with Aaron, a brand ambassador for the brewery and an investor who on getting his chance to brew his own beer, decided he wanted to go with a sessionable crowd pleaser.

It seems he got his wish too, with the XPA featuring El Dorado, Citra and Azacca hops that all come together to provide tropical fruit, citrus, nectarine and just a touch of pine. With a limited bitterness and soft but spirtley carbonation, you could think of it as a beer for spring, or the footy finals but really, it’s a hop-forward and straightforward beer for Aaron. You can drink it too though.