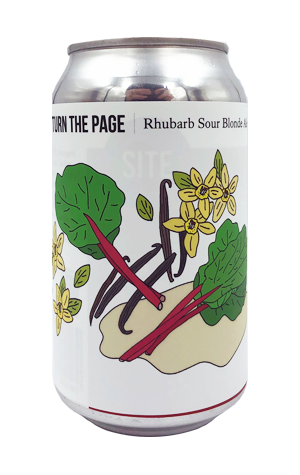 Turn The Page is another Site release utilising a sour blonde ale base as the launchpad from which to play around with fruit, in this case rhubarb – plus vanilla as the aim is to bring rhubarb and custard to life in beer form. That said, while some of its predecessors have displayed some serious intensity on the sour and acidic front, here's a very different beast.

It looks a little like a Bellini, from which rises a sherbet candy like tangy aroma. There's something perfume-esque too, with a sweetness that's as much strawberries as rhubarb and a character that brings to mind Love Hearts of all things, albeit with a touch of acid and a tingle that's booze derived.