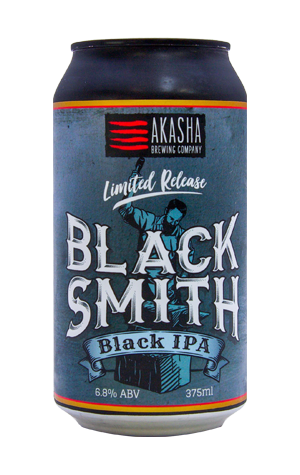 It was fun for a while but at some point we just have to acknowledge what doctors have been saying for decades: “Too much juice will kill you.” And, by God, I’ve been at death's door for a while now.

It may be too much to hope for but, over the last few months, drinkers have been throwing open the curtains to find that the haze blanketing IPA Town for the last two years appears to be lifting.

Dave Padden and the Akasha brewing team have been releasing finely honed IPA variants since the brewery's inception in 2015. Although first released in 2017, their black IPA (or Cascadian dark ale depending on how unnecessarily pedantic you must be) has been rejigged, given a proper name and encased in aluminium.

What’s most noticeable about the Blacksmith is how deceptively light the body is. Like all their West Coast IPAs, Akasha are always careful to steer clear of excess crystal and sweet malts in favour letting some classic American hops do the talking. Citra and Amarillo make a wonderful citrus/pine combo that works particularly well with roasty dark malts.

It’s an utter delight to see brown/black/red IPAs emerge from their haze-induced hibernation and, when they’re as good as this, one wonders why they disappeared in the first place?