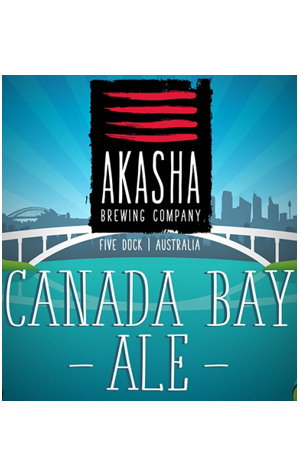 An Australian pale ale named after a foreign lands? Sounds a bit iffy. But it's not, as this beer isn’t named for the Great White North, but for a suburb in Sydney’s Inner West where French Canadian rebels ended up when they were deported in 1838 (along with a couple of Irish for good measure). Convicts being sent to sunnier climes – it doesn’t get much more Australian than that.

With their neighbouring suburb in mind, Akasha brewed Canada Bay Ale as an easy-drinking favourite for the locals. Since Akasha regulars tend to stay awhile at the brewery, they need something that won’t knock them off their feet, but will still give them a reason to keep coming back for more, not the simplest task at a brewery known for its IPAs and which knocked out an IIIIIIPA for GABS 2018. This quaffer is full of Australia’s own Galaxy and Australian-grown Cascade hops, which bring more fruity hop character than you might expect in a session beer, and just a hint of bitterness at the end.

In case you were wondering, most of those rebels ended up returning to Canada when they eventually received pardons. They didn’t have Canada Bay Ale as incentive to stick around, after all. The locals at Akasha, on the other hand, still have to be told at closing time: “You don’t have to go home, but you can’t stay here.”