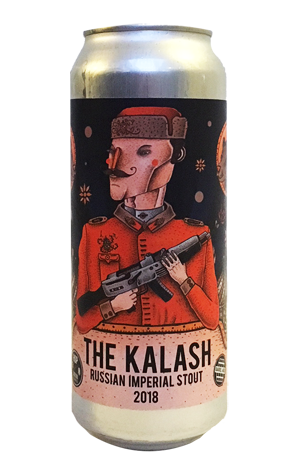 The Kalash is Hop Nation's annual winter centrepiece, a barrel aged Russian imperial stout that's tweaked a little from year to year. This time around, after playing around with wine and Port barrels in the past, the base beer was aged in seasoned bourbon barrels from Heaven Hill, Woodford Reserve and Jack Daniels and for less time than previous vintages – just four months – before being blended

On the nose, there's hints of the oak and some indication of the nigh on 10 percent booze content that lies ahead, but plenty of chocolate and espresso from the fruitier end of the coffee spectrum too. Get it inside you, however, and it's all about liqueur like chocolate fudge up front with a drying, dark choc bitterness reining in the sweetness to follow.

And select good beer venues in all states and ACT