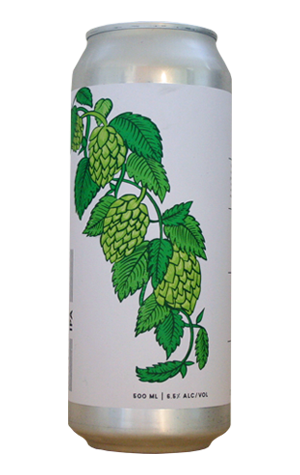 In terms of destiny fulfilment, by virtue of name alone New England Brewing releasing a New England IPA would have to be up there. The Uralla brewer has never been unadventurous when it comes to picking styles (just witness their recent release, The Bloom, which was made without any hops) so when a slightly contentious one like the deliberately hazy and said-to-be juicier NEIPA started to gain a bit of traction in wider beer circles, they were well within their rights to join the party.

Their effort is called Minutemen – the name of the Massachusetts militia formed around the time of the American Revolution and so called for their ability to take up arms at a minute’s notice. It’s a beer that’s a cloudy orange colour while the taste takes on a lot of orange too, or rather orange and citrus rind. You’ll find the requisite ‘juicy’ factor in its succulent fruit flavours of apricot and pineapple, but it also carries a pronounced and drying bitterness more reminiscent of the more famous IPAs of the USA’s West Coast.

With the hazy craze showing no signs of abating, if you happen to miss Minutemen this time around don’t be surprised to see it back again in one form or another; a proud and independent region like New England always needs an IPA to call its own.