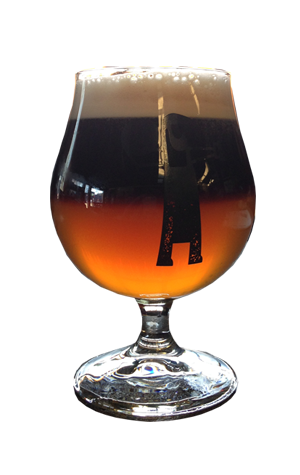 In 2015, New England Brewing teamed up with Young Henrys on a beer called Country Cousins. It saw the same recipe brewed at each brewery and the two outcomes displayed some big differences, as you might expect when one brewery (NE) has open top fermenters and the other doesn't. The Country Cousins project has now been repeated, but with a difference. Instead of brewing two of the same beer collaboratively, the brewers made two different beers collaboratively to create one beer. Make sense? Let’s go back a step…

For the second Country Cousins, New England teamed up with Batch Brewing on a collaborative creation that only truly comes together once it hits your glass. Black and Gold, as they’ve called it, is two separate beers meant to be enjoyed together. By which they mean in the same glass.

Firstly, New England invited the Batch crew to Uralla where a chilli pale ale was brewed – this is the gold. In reciprocation, Batch invited the New England crew to Marrickville to brew a dry chocolate stout – this is the black. When poured carefully together in a layered fashion, the pale ale – which has a lower specific gravity (ask a friendly brewer for the technical explanation…) – stays at the bottom while the stout floats on top like an oozy raft, hence you have a single beer that is both black and gold.

In the natural course of drinking the first mouthful should be all about the roasted and chocolate malts but the disturbance will cause gravity to let go and the two halves will become increasingly entwined, meeting in some sort of slushing chocolate and chilli medley. It's a unique experiment in which the whole is designed to be greater than the sum of its parts and it will no doubt vary in character depending on who is pouring it and in what proportions, so maybe you could try it a few times at a few different places?

And a handful of other beer venues