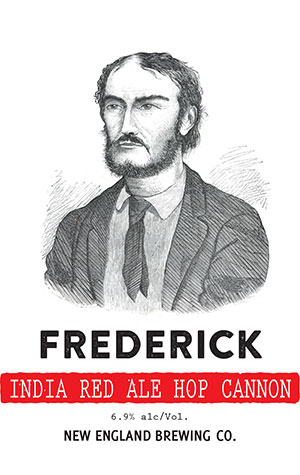 Australians seem to have an inherent captivation with bushrangers, that naughty but loveable band of criminal escapees living free of the law and beholden only to the call of the wild and the occasional illegitimately procured gold coin. One of the best of them was Frederick Ward – aka Captain Thunderbolt – who, having been provided lodgings on Cockatoo Island thanks to his role in a horse stealing ring, decided he’d prefer to swap his harbour view and hard labour for the beautiful scenery of northern New South Wales and a spot of robbery.

After making a pretty decent go of it – he was apparently the longest roaming bushranger in Australian history – this "gentleman bushranger" ultimately met his demise in Uralla, shot by the local constable after a big session at the local pub. While some still refute his death, a birth date of 1835 means it’s fairly certain his legacy lives on mainly in his name, which now includes a series of beers from New England Brewing, located in the very town Ward was slain.

The Frederick India Red Ale has come out under the brewery's Hop Cannon sub-label, which essentially means the beer has been circulated through hop flowers for 48 hours via a piece of equipment that looks not unlike a silver bazooka. It's a fairly bombastic phrase, "hop cannon", so you could be forgiven for anticipating an oppressive barrage of hops, yet it’s not strictly the case. True, the beer has more than ample citrus and grapefruit character, as well as a touch of spiciness, but the sweet and lush caramel malt flavours demand just as much attention. In the glass it’s not the clearest or most visually striking red ale you’ll come across, but a slightly murky character seems a much better fit for a bushranger’s beer.