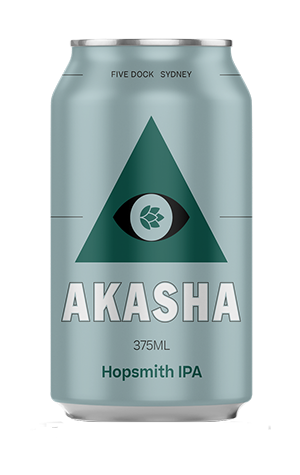 Although Akasha launched with a pale ale, there was something approaching unspoken agreement in beer circles that this was a brewery that could only properly be measured once it had released an IPA. The reasoning stretched back mainly to Dave‚Äôs time creating the hugely successful IPA variants as head brewer at Riverside, but that legacy was merely a culmination of many years honing his skills at a home brew level, which had in turn had been formed by trips to the USA that tuned his palate to that country‚Äôs big West Coast IPAs. It‚Äôs only at the end of this long chain where we reach the Hopsmith IPA.

Many might baulk at having to come up with another new IPA, in a market full of them, that not only met expectations but also sought to exceed them. Dave stepped up in typically fastidious fashion and delivered on the unspoken promise. Built on a couple of the headlining hops of American IPAs, Simcoe and Amarillo, at times, both aromatically and palate-wise, it‚Äôs like prancing through a pine forest before wandering into a citrus grove ‚Äì a result of the triple dry-hopping. The bitterness is pronounced but because the malt has been balanced carefully, it‚Äôs a beer that‚Äôs lean, clean and drinks like a dream.