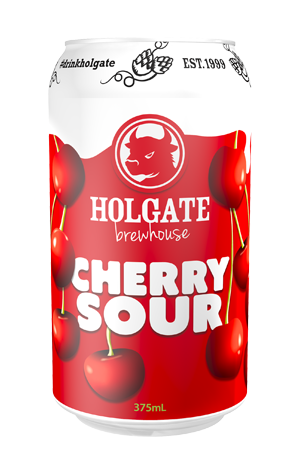 We've seen brewers and their graphic designers become ever more creative, outlandish even, with their approach to capturing drinkers' attention as the craft beer industry has expanded apace. Here, however, Holgate have decided to take a rather more literal approach: it's a cherry sour so you're getting a predominantly red can with cherries on it.

A red can containing a pretty deep red liquid too, not to mention an aroma that carries a fair funk alongside the waft of fruit, which possesses a kind of whole bunch, stems 'n' all character to it. Knock back a swig and you'll find something vinous – like a light red French table wine – on the palate and a gentle tang, albeit one that’s smoothed out by the salt addition. Easy-going, easy to enjoy.

NB It's one of two cherry goses released by Victorian brewers at the same time; if you fancy a side-by-side, you can check out Blackman's here.