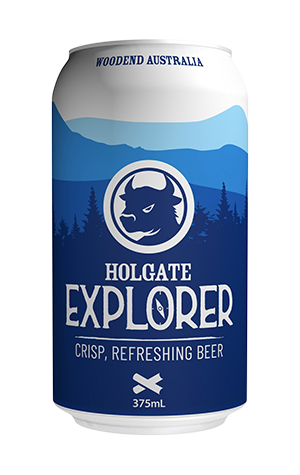 Given they launched in 1999, Holgate Brewhouse have been lagering longer than many of Australia’s breweries, and September 2021 saw a new member join the Woodend brewery's core range. Known simply as a “crisp, refreshing beer”, Explorer is one inspired by classic premium Euro lagers and seems destined to be enjoyed in the great outdoors, while at 4.0 percent ABV, it’s a just a touch lighter than their longstanding Draught Lager, which was first released as Norton Lager in 2015.

Those couple of decades' worth of lessons in lager brewing and thinking on sessionability have resulted in a pale straw, crisp beer with soft grainy or bread-like notes, and while the beer's aim is refreshment after exploring more than heavy contemplation, there's still quite a depth of hop flavour to discover. Here, those are a little more of the herbaceous and floral tradition, while they also contribute to a building bitter finish.