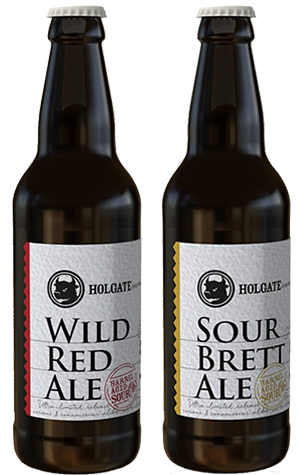 Two of Holgate’s more popular releases – particularly among the geekier elements of the craft beer world – return simultaneously in 2021. Starting off with Wild Red Ale 2021 – a beer that upon its first release in 2016 took out top spot in our Best New Victorian Beers poll, and which has tended to impress with subsequent releases – it's the regional Victorian brewery's version of a Flanders red ale. The latest vintage has taken some time to get here too, spending 18 months souring and maturing in ex-pinot noir barrels. (Side note: does that mean when the Holgate brewers first brewed it they’d never heard of COVID? Lucky them).

What that 18 months has given the dark and richly-hued beer is quite an acidic hit reminiscent of balsamic vinegar and tonnes of sour cherries, balanced by the underlying sweetness from the malt character. Once Wild Red's sharper sour side begins to fade, there's also elements of black plum, raspberry and a substantial level of vanilla from the oak to unravel.

Sour Brett Ale shares something of a kinship with Wild Red, as it was aged in barrels that once housed the red ale. Although both beers share an ABV of 7 percent, Sour Brett is comfortably the more approachable of the two, containing a level of zesty, lime-like fruit that brings to mind sour lollies or sherbet. This is soon joined by a mix of stone fruit and more tropical flavours of ripe mango; like Wild Red, it's picked up a decent amount of wood character that contributes vanilla and aids the beer's textural mouthfeel. Unlike Red Ale, it's got a very dry finish which further enhances the beer's drinkability and makes it one you can return to again and again.