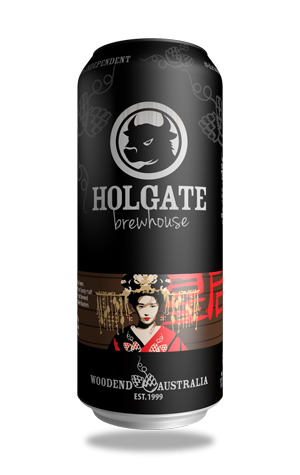 In the current era, nothing seems too crazy when it comes to the beers you can find in your local bottleshop fridge. Thus, in the current era of pastry stouts – imperial or otherwise – an imperial mocha porter weighing in at 10 percent ABV and brewed with coffee, Belgian candi syrup, cocoa and vanilla might qualify as a pretty normal winter release. Which, in its own way, reminds you just how forward-thinking the Holgate Brewhouse crew was when they first released Empress way back in 2011.

The beer – itself a scaled up version of one of the brewery's other winter favourites, the Temptress chocolate porter – appears in 500ml cans this time around, a move made possible by the installation of a new canning line at the Woodend brewery. And that's more than enough to a) warm your cockles and b) delve deep into her voluptuous charms.

They're charms that lean less to the coffee (from Holgate neighbours Motobean) and more towards the dark and fruity. Indeed, other than the straightforward bit about the appearance (solid, dense brown-black with a tan head), my tasting notes are a staccato burst of thoughts as the Empress goes to work on the olfactory system. Even I'm not 100 percent sure where "fruity, figgy, dried fruit, hard banana cracker-soaked dark chocolate cake" was headed (did I mention it's 10 percent ABV?). Add in chocolate liqueur, molasses, vanilla and "imperial double dunkel" and what you can be sure of is that you've got a rich, dessert-in-a-glass ready to ease your winter chills.