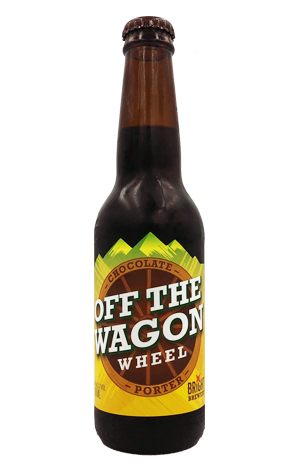 The dessert or lolly-inspired beer is as much part of the furniture at GABS as the roving band, circus acts and bell-ringing these days. But that doesn't mean there aren't fresh parts of the fridge or pantry left to be plundered for ideas, with Bright deciding it was time that old classic, the Wagon Wheel, was rolled out in 2019.

They set out to bottle the feeling by layering a chocolate porter with vanilla beans, coconut flakes, fresh raspberry purée and cacao nibs. And it's those ingredients you wouldn't normally expect to find in a chocolate porter that take control, with jelly raspberry like aromas first to hit, with a toasted vanilla nougat character there from the off too and a light dusting of coconut taking it further from trad porter territory.

You wouldn't want to put one in your kid's lunchbox, but that's much because you'll be enjoying a beery reminiscence as through not wanting to get yourself arrested.