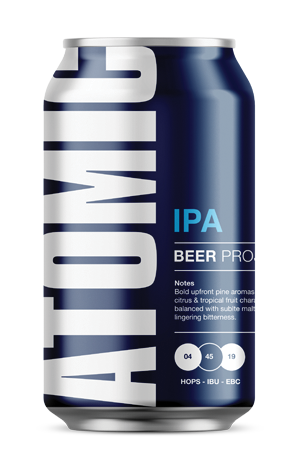 Atomic’s second core range beer – Atomic Pale being the OG upon which this new brand is being built – showcases the approachably modern end of the ever-expanding IPA world. As a large swathe of Australian drinkers gradually make the lupulin shift from pale ales into IPAs, this represents an ideal gateway and is likely to be first IPA that many will try, given Gage Roads' broad audience.

Simcoe, Amarillo, Columbus hops provide clean citrus with a passionfruit and pine undercurrent on a minimal malt presence. The 5.6 percent ABV and listed 45 IBUs position Atomic IPA at the sessionable, everyday end of the category, which is to its advantage.