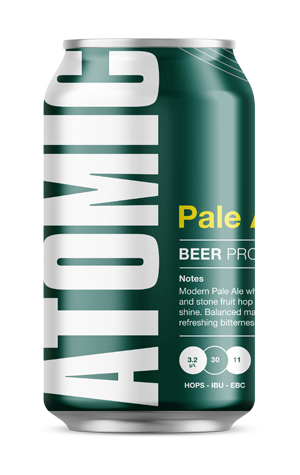 Gage Roads' take on the American Pale Ale style pours the brightest of bright oranges and uses a combination of US hops (Citra, Ahtanum and Centennial) to deliver what you'd expect of such a beer in a polished, approachable manner.

There are some delicate citrus and pine aromas and fruity, grassy hop flavours that sit alongside the caramel grain flavours, with a restrained and drying bitterness tying things together.

As of mid-2019, the beer is striking out on its own, in a manner, as Gage Roads launches the Atomic Beer Project under its Good Drinks umbrella. It's a home for hop forward beer styles that will have its own brewery home in Redfern.