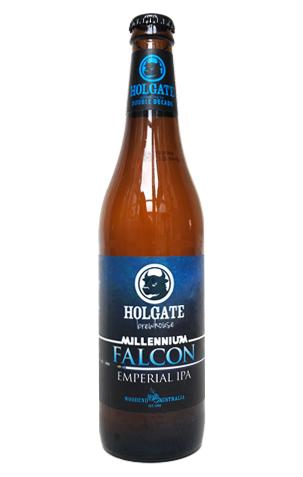 A long time ago, in a galaxy… well, you know the rest.

In 2013, Holgate Brewhouse decided to celebrate their 1000th brew with an “Emperial IPA”: a big, bold IIPA filled with Star Wars-esque hops Galaxy, Falconers Flight and Millennium. That was well before the proliferation of George Lucas-inspired beers we now see released for International Star Wars Day (May 4).

Millennium Falcon is a beer that’s since become a fixture of the brewery’s special release roster, picking up the odd gold medal at beer awards along the way, and receiving a tweak here and there over the years. They've found a groove they're happy with these days, with the 2019 release, as last year, landing at 9 percent ABV and delivering a full-bodied IPA that sets a decent sweetness against ripe pineapple, citrus and some pine in the hope, presumably, that the hops be with you.