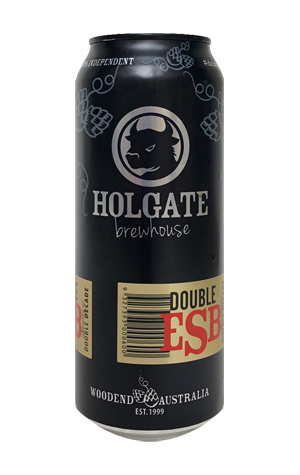 A full two decades on from first firing up their brewery, then in the back of their house, Holgate’s eyes are directed firmly towards the future, with their brewery expansion and creation of a visitor centre at the rear of their pub edging ever closer to full completion. But, as they approach their 20th birthday later this year, Paul and Natasha Holgate are also looking back at what brought them here. And what better way to celebrate a double decade than by releasing a double version of one of your very first releases: the ESB.

It might be a decidedly non-traditional approach to take to such a classic British style but, despite its size, the beer in question doesn’t stray too far from the ESB's origins. With Crystal and roasted malts plus stalwart English hop East Kent Goldings at its heart, Double ESB pours a dark amber, with rich toffee rising from the malts and raisin like fruits from the yeast. With the booze hitting 7.5 percent ABV, there’s a fair bit of sweetness in there, accompanied by a persistent and drying earthiness, some floral hops and a fresh-out-of-the-toaster breadiness.