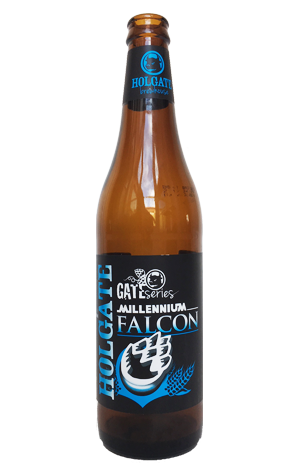 Back in 2013, to celebrate its 1000th brew, Holgate Brewhouse created the Millennium Falcon, a 10 percent ABV, 100 IBU "Empirial IPA" that featured a stack of Star Wars-esque ingredients, such as Millennium, Falconer's Flight and Galaxy hops. It's become an annual staple since, with the brewers tweaking the hop varieties each year.

The 2017 version picked up gold at the Australian International Beer Awards, but that hasn't stopped them playing with the recipe again, with fruity US hops Azacca, Citra, El Dorado and Mosaic the weapons of choice this time around. They deliver sweet, citrusy aromas alongside some sweetness from the pale malts and hefty booze content (down to 9 percent ABV this year). And, while it's relatively full in body, it manages to squeeze everything in pretty tight, ready for any long trips across the Galaxy.