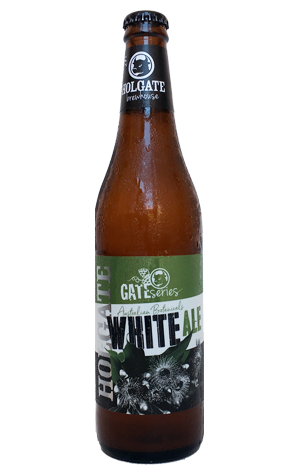 The White Ale was one of Paul Holgate's very first releases as a commercial brewer, inspired by the Hoegaarden he'd been drinking on work trips to Europe. It's a style he's since brought back for special occasions, such as when a double version was released to mark 15 years of Holgate Brewhouse. And now a white ale variant is released under the Gatekeeper banner for summer 2017.

It's brewed with three Australian botanicals – finger lime, mountain pepper and strawberry gum (the last of which, incidentally, has cropped up in three different beers from Aussie brewers we've sampled in the past week...). The base is a witbier, which traditionally delivers soft citrus and spice characters, and the strawberry gum and finger lime slot into the citrusy side of the profile alongside the whole oranges that were also added to the brew. The most distinctive element, however, one that makes the beer stand apart from a more typical witbier, is the mountain pepper, which adds a woody, spicy perfume to the mix.