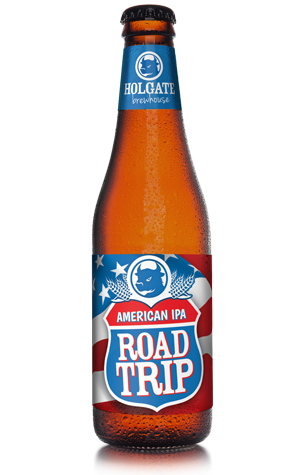 Holgate's hoppy, hoppy Road Trip, the IPA inspired by a trip through the Pacific Northwest of the States, debuted as a draught only release in 2010 before returning in the same format a year later. It's a beer that, in a first for the brewery, had hops added from the very first moment to the last: hops went into the mash tun, followed by multiple further additions throughout the boil and more during fermentation.

If you know your US hops, think of any beginning with C and chances are they're in it. The beer proved so popular that it soon graduated onto the brewery's core range, doing so before most other breweries cottoned on to the fact that American style IPAs were going to be all the rage. Holgate's is fruity and piney, backed by a noticeable caramel and biscuit malt profile, and tasty to boot.