Mornington Peninsula Brewery recently celebrated the 1,000th brew at its original brewery on Watt Road. Today, that 10 hectolitre system only produces five percent of their output, with a second production brewery responsible for the rest. But it produces all limited releases – including the beers that will soon form a new barrel program – and is where the brewery's story started.

At the helm for all 1,000 brews has been Andrew Gow – or AG as he is known to most – who took on the role as head brewer back in 2010 when the brewery was still being built.

He’s a man who’s been involved in the craft beer industry for close to two decades, so Will Ziebell chose the millennium milestone as an opportunity to ask AG about his early days at Mountain Goat, the success enjoyed by Mornington Peninsula Brewery and what’s on the horizon.

In Australia’s still nascent craft beer industry, Andrew Gow is a veteran. Better known as AG, Mornington Peninsula Brewery’s first and only head brewer got his start in the industry back in 2000. That was the year he took a job at Mountain Goat and became brewery founders Cam Hines and Dave Bonihgton's first full-time employee.

To put that into perspective, 2000 was the same year Little Creatures released its first beer; it's fair to say the beer landscape then was almost unrecognisable to today.

“A lot has changed since then,” says AG (pictured above left earlier this year and, right, with the first ever Mornington brew).

“I don’t even know if you’d call it an industry at that stage. There was us, Grand Ridge, Holgate and it’s pretty hard to think of anyone else [in Victoria].”

Before 2004, Mountain Goat was located on Crown Street in Richmond, one street adjacent to its current home in North Street. Despite the original brewery being far smaller than it is now, the crew still opened its doors one Friday night a month to pour beers for the public.

“I honestly can’t remember how many vessels we had but it was a very small brew floor and production facility,” says AG. “You couldn’t swing a cat in there.

“There was no coolroom there so the beers would just be room temperature. We’d run it through chiller boxes and quite often you were pouring so fast and there were so many people that they were basically getting room temperature Hightail Ale.”

Despite the popularity of Friday nights at the brewery, AG says the lack of other craft breweries was one of the biggest challenges Mountain Goat faced during his early years. As a brewer, there were few others around to learn from.

“There really were good batches and bad batches – there was a lot of variety. You think about some of the ways we were doing things then and you just kind of giggle and shake your head a bit,” he says.

After eight years at Goat, AG left the brewery and Melbourne altogether to work as a brewer in other states. And it was in the two years after he left the city he felt craft beer really started to take off in Australia.

On returning to Victoria in 2010 to take up his current position he says: “I noticed some significant changes to the industry in terms of the spread of craft beer, the amount of taps available in venues, and the conversations around craft beer. It meant that when we opened in 2010 I was confident – and I expressed it to the shareholders –  that if we could make good beer people would come.”

Considering the brewery has enjoyed continual year on year growth, is stocked in major chains and now has two production locations, his confidence was well placed. Not one to sing his own praises, he gives credit to co-founder Matt Bebe’s abilities as managing director, the power of their branding and also its ties to its location.

"It’s a great wine region and a place people like to visit so that’s been valuable to us,” he says.

“By the time I came here, I’d been brewing for ten years and that really helped. So I was pretty confident that I could get the beers out straight away and that they would be to a certain standard.

“I think we also pay a lot of attention to the quality of the beer and there has always been an ethos that if it’s not up to scratch then the public won’t see it.”

While he may be reluctant to sing his own praises, the man who brought him back to Victoria has no such qualms. Matt was directed towards AG by then Matilda Bay, now Stone & Wood brewer Neil Whittorn and the team at ingredient supplier Bintani.

"The success we've had is all about the quality of the beer," he says. "Not everyone has the ability that he has with an overall understanding of brewing. It's like an art form.

"He's very, very humble, but you find him in the brewery most days checking gravities, making sure the beer is up to standards. He wears his heart on his sleeve and is invested in everything that he does."

Over the years, he's also shown a willingness to explore new frontiers in the world of beer. The brewery was one of the first in Australia to embrace new hop varieties like Mosaic and Sorachi Ace, releases a range of imperial beers each year (of which the Imperial Stout is a former AIBA trophy winner) and last year became the first microbrewery in the country to release a beer in nitro cans.

“It’s probably more about staying part of the conversation and being one of those breweries that push the envelope a bit and try new things,” says AG.

“I think with new hops, it’s not so much what a brewer does. It’s more about the market of craft beer people who are always interested in trying a beer with a new hop. So, to me, it’s about showcasing a hop so that the punters out there can try it and talk about it.

“Having said that, it’s all well and good being first but you have to back that up with a good quality product.”

Mornington Peninsula was also one of the first local breweries to start canning its beer early in 2014, something AG had pushed for from early on.

“[It came from] working at Mountain Goat during those last four years,” says AG. “And having young people come in saying they wished we canned because they were going to Meredith or Golden Plains. That really stuck with me.

Between their core range and limited releases, Mornington has given that canning line a fair workout, yet it hasn’t stopped them looking for new avenues to explore. In April, the brewery will be releasing the first in a new range of barrel aged beers (look out for a Brew & A with the young brewer over seeing that program when the first beers appear).

When asked to look back instead of forward – are there any beers of which he’s particularly proud? – AG pauses. Somewhat hesitant to single out any one beer, he’s far more comfortable talking about brewery as a whole unit.

“I’m probably most proud of the consistency of our beers. I like to think when people pick up a Mornington beer that they know it’s going to be of a certain quality," he says.

And, says Matt, in the main that's down to his head brewer: "He is the brewery." 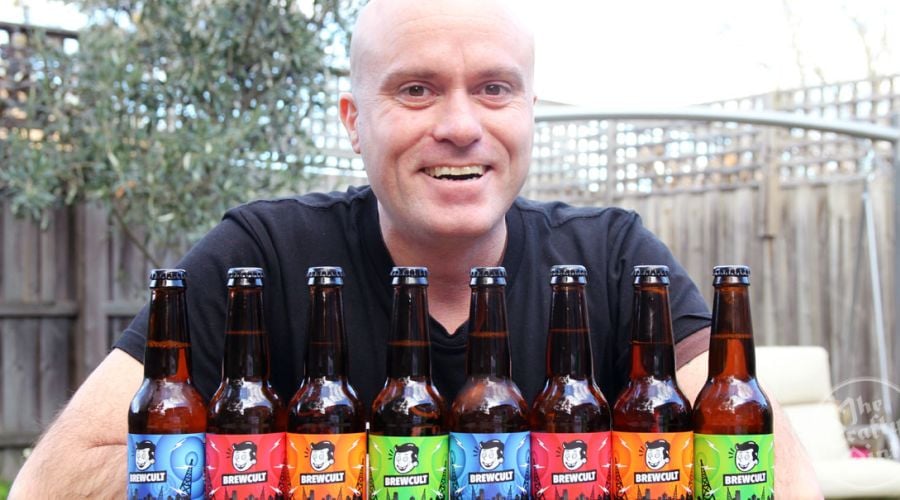 The latest to take the hot seat for our Brew & A grilling is Hendo from BrewCult, who tells us what got him started, what he loves and what's important. read on The day after they were able to open for the first time since July, Victoria's brewers have received more good news by the state government. Those with producer's licenses are now eligible for the Licensed Hospi​tality Venue Fund. read on