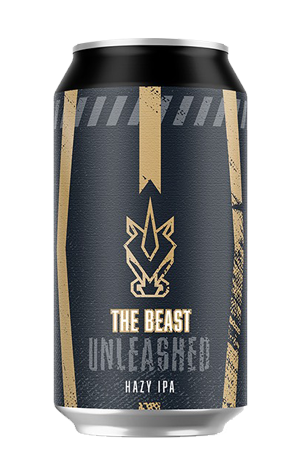 Blasta’s Beast series has appeared in hazy form for the past two years, and with The Beast Unleashed the Burswood brewery have set free a beer featuring the most hops that they have ever used in a beer (and they haven't held back in the past). But in no way is this excessive on the tongue. In fact, this beast – for all of the brutish evocations – arrives with such a joyous orange, it’s hard not to smile at the glass.

The vivid liquid is plush with mango and pan-tropical fruit punch, which moves to fresh orange with a little chalk texture underneath the otherwise smooth palate, all of which is carried along by a softly building 7 percent ABV warmth.

Perhaps it's fairer to say this beast radiates rather than avenges.