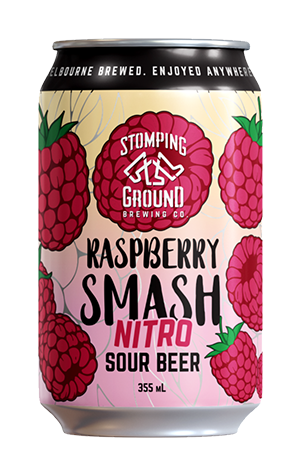 Stomping Ground's Smash series has been one characterised by colourful beers in equally colourful cans and, more than two years after it kicked off, the brewers have started looking beyond finding new fruits to champion. In the middle of winter 2020, they released their first nitro sour in the shape of Cherry Smash and now they welcome back Raspberry Smash but this time giving it the nitro treatment too.

Along with those tiny bubbles, the brewers have added lactose to create a beer with a soft body while retaining its tart edge. That’s not to say it’s bracing, however; the sourness is instead a more of a cleansing feature – particularly fitting for a beer that manages to closely resemble raspberry sorbet.