Beer Willie The Boatman Nectar Of The Hops IPA 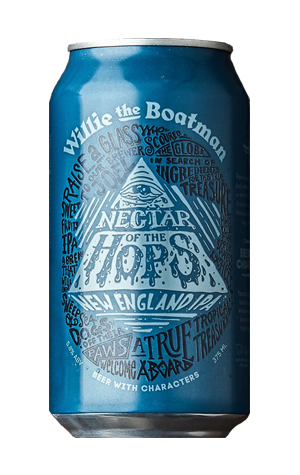 Before Willie The Boatman first brewed Nectar Of The Hops the concept of a hazy / New England / East Coast IPA was pretty much unknown in Australia. It’s hard to say unequivocally that they were the first Aussie brewery to jump on the now massive global trend, but they were certainly amongst the first. And, given they’ve kept one in the lineup pretty much ever since, they’re certainly one of the most consistently devoted breweries to it.

But, although this style of beer seems to come with inbuilt social media power, they don’t make much of a song and dance about it. In a way that’s a reflection of the understated pioneering spirit of a group of brewers who are happy to have fun exploring without necessarily wanting to tell it to the world. They prefer to just let the beer do the talking.

When this one speaks it’s with a mellifluous fruitiness - pineapple slices, mango cider, and a grapefruit half with sugar sprinkled on it. It goes down with the ease of tropical juice, with a low bitterness smoothing the path. The alcohol feels right at an even six percent ABV. It’s not an over the top beer - give it to someone who has no concerns for the what or where of hazy beer and they could enjoy it uncritically. But if someone who knew what they were looking for in the murk were to try it, they’d appreciate it in its context. And that rather seems like the whole point of brewing.