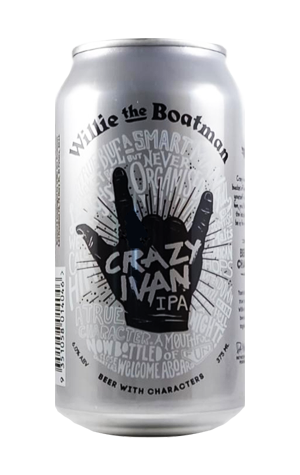 On face value, the name Crazy Ivan – taken from a local character-filled legend – gives a subtle suggestion that this beer is going to taste a bit, well, crazy. The truth is that this is just a beautifully balanced and approachable IPA.

Its character is distinguished from a great many IPAs in that the brewers seem to have been willing to give malt more of an even platform to show its stuff. Scottish malts bring this wonderful caramel malt character to smooth the path, round out the mouthfeel and make it ever so soft. But never fear: hops are still on show, bringing sticky tropical fruit and grapefruit together with a resinous bitter bite to round out the package.

If you’re after a beer whose only goal is to greet you with a thumping hop explosion, this might not be one you want. But if you’re of a disposition to be satisfied with something altogether smoother, make a date with Crazy Ivan. That it won one of the very few gold medals for IPA at The Indies in 2018 tells a story of its own.