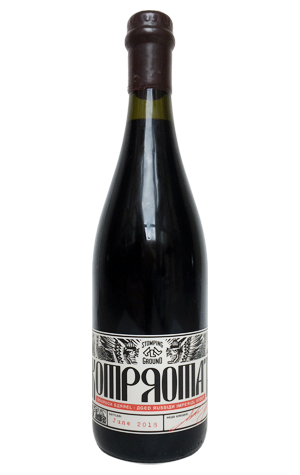 The cans have been flying out of Stomping Ground's Collingwood brewery over the past six months or so and now they've got some wax-sealed company in the shape of Kompromat, a bourbon barrel aged Russian imperial stout. It's built from no less than eight grains and a trio of US hops, although it's the time spent on oak that's the defining character.

You're met with aromas of coconut, hazelnuts, cocoa and vanilla, and there's a boozy sweetness running through its midst on the palate, enveloped by rich chocolate and some espresso like characters. At 9.9 percent ABV, it's a 750ml bottle to share with mates, with the remnants of the bourbon steadily spreading warmth through your noggin as you do.