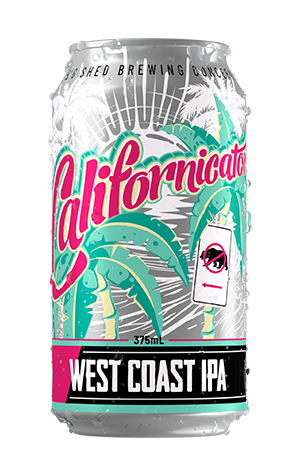 The palm-covered Colifornicator is paler than the other two hop forward, US-inspired beers in their core range (F-Yeah APA and FrankenBROWN), it's also rather bigger at 7.5 percent and certainly hoppier. Indeed, the pale malts are there to do little more than act as a platform upon which the all-American hops (Ahtanum, Simcoe and Columbus) can go to work.

The brewers reckon you'll find citrus, passionfruit, apricot and pine hop characters in there; of those, it's the apricot that shines through most in our experience in a beer that does a good job of convincing you it's not as boozy as it is. Presumably the grizzlies had enjoyed a couple before taking to the waves...