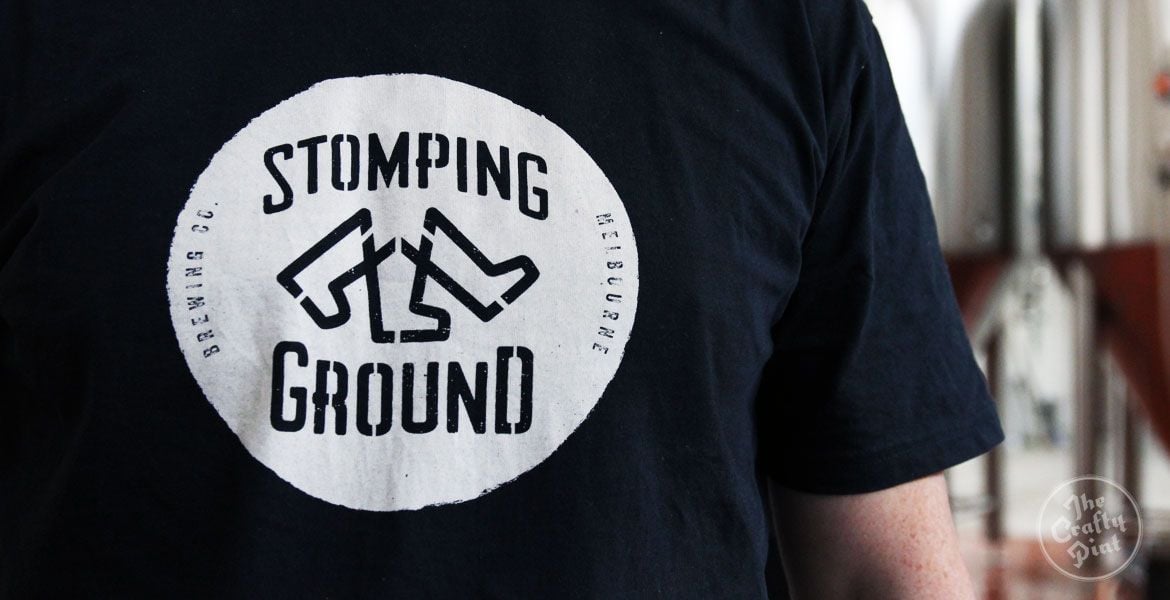 When you've opened two trailblazing beer bars in Australia's biggest cities and created a unique behemoth of a beer festival that has caught the attention of beer lovers far beyond these shores, you might think you'd be willing to sit back and congratulate yourself on a job well done.

Add in the creation of the popular annual poll, the Hottest 100 Aussie Craft Beers, and it's fair to say that The Local Taphouse and GABS founders, Steve Jeffares and Guy Greenstone, have done more than most to help raise the profile of craft beer in Australia. Yet, as other of their proposed enterprises that have come and gone show – growler bikes and plans to turn the upstairs level of Melbourne's historic GPO into a massive craft beer hall, among others – they aren't the sort to rest on their laurels.

Indeed, later this year, alongside long time employee and now business partner Justin "JJ" Joiner, they're set to complete an impressive beer trifecta as their venues and beer festivals are joined by a brewery. Stomping Ground is the first brewery to operate in Collingwood in more than a century and is set to open its doors to the public in the second half of the year.

Already, the brewery is up and running, with former Illawarra brewer and AIBA trophy winner Ashur Hall at the helm. They're opening the doors for a sneak peek on the opening Sunday of Good Beer Week (May 15) and also have a diverse collection of collaboration brews pouring at their GABS stall the following weekend.

"The idea first came up two-and-a-half, three years ago," says JJ. "It was when Steve was living in New York and doing a lot of research – looking at what was happening over there. He got back and we hatched the plan to open a hospitality venue with a brewery to create our own beers.

"It needed to be a big enough space and as close to the city as we could; the target was always Collingwood."

They secured the space early in 2015 and expected to be open within a few months, before getting caught up in red tape. But now they're getting close and looking forward to bringing brewing back to the suburb.

"In the late 1800s, Collingwood was an epicentre of brewing in Australia," says JJ. "There were about 40 breweries. We'll be the first one here in more than 100 years [so we're bringing] brewing back to its old stomping ground."

The man charged with doing the actual brewing, Ashur, has already been pumping out beer for a few weeks at the Gipps Street site, having joined the team more than 18 months ago, after first being approached way back in 2013. Prior to moving in to the new site, he'd been helping out at Mornington Peninsula Brewery, where early batches of Stomping Ground beers were created, and developing recipes while overseeing design and commissioning of the brewery.

Since being let loose on his new toy mid-March, it's been a baptism of fire. The brewery's flagship beer will be the Gipps St Pale but, rather than spend the first few brews learning the system and refining that beer, demands have dictated the brewhouse has been christened with one of the most colourful opening salvos of beers imaginable.

The first four brews were two batches of pale, a German style helles lager and a Berliner weisse that allowed Ashur to test a sour mash on the system. And then came eight collaborations with friends from the beer and cider world. They included a brew featuring Willie Smith's Tasmanian cherries, an imperial coffee IPA with BentSpoke, a rauchbier with Stone & Wood, a peach sour with Big Shed, a beetroot stout with Garage Project, a red grapefruit saison with Mornington Peninsula Brewery and... well, you get the picture.

"When Steve approached me about the collaboration arrangement last year, we were hoping to be brewing in the next couple of months so I would have had time to get in and about the system and smooth out any rough edges," says Ashur. "But I only got to do four brews before the collaborations.

"We had these brewers coming in from around Australia and New Zealand and were finding things out all the time. There was no normality to any of the beers: sours, stouts, some extremely high gravity...

"Thankfully, everything has turned out to my liking and it was great brewing with these guys; a little hint here and there or another set of eyes can really help."

Beyond the one-off collaborations, the pale and the lager, Ashur says they have a list of the first 20 core, seasonal and one-off brews lined up.

"We came together to decide the first 20 beers. We had a broad range and each numbered them one to ten then 11 to 20. We took the averages from the four of us to see what would be the first brews."

He says hoppier beers are likely to dominate the taps that will ultimately line their brewery bar, but they will have the scope to cover a broad range of styles.

"[BentSpoke co-owner and head brewer Richard Watkins] told me there's an art form to managing a brewpub tap list," says Ashur. "Making sure we have everything we want pouring on the bar will be a task, but I'm looking forward to it."

When the venue opens in the Gipps Street factory that previously housed an Indian fashion business, a flag making factory and a printing press, it will have a 250 capacity and feature a 12m island bar running through its centre, booths up against glass walls bordering the brewery, an indoor / outdoor area, a large fire and a beer garden / terrace with retractable roof. If the architect's renders we were shown are anything to go by, it's going to wow plenty of people and should have the sort of broad appeal to bring in people from outside the craft beer bubble.

The plan is also to use it to educate staff working in other parts of the owners' business empire; already, The Local Taphouses have been at the forefront of putting staff through the Cicerone program.

"The brewery will be a training ground for staff," says JJ. "They'll get to brew beers, to touch and feel ingredients. I had a similar experience working at the James Squire Brewhouse: to be in there brewing and watching brewers do their thing was a massive eye-opener."

Just as Stomping Ground will be for the people of Collingwood when it throws open its doors.

Join the Stomping Ground crew and their collaborators on May 15 for a sneak peek and a taste of their current beers and collaborations.

Look out for a special pre-opening event for Crafty Cabal members too.

Who Brews As Two Rupees?

Childhood friends Danny Perera and Amila Mendis fell in love with Melbourne's craft beer scene after moving from Sri Lanka. They started homebrewing together and have now opened Two Rupees, a brewpub in Clayton. read on Who Brews At Broulee Brewhouse?

The need for a community space in Broulee was brought to a head by the Black Saturday fires of 2019/20. So, over a few games of tennis, two couples decided to make it happen and, late last year, Broulee Brewhouse was born. read on