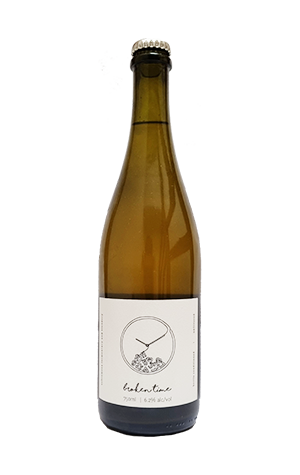 In jazz parlance, broken time refers to the style of playing where the beat isn’t explicitly stated, where the time follows an irregular, improvised path. It’s therefore the kind of term that could be fitting for a multitude of Sobremesa Fermentary & Blendery’s beers, but the one bearing that name, released late in 2021, is particularly special even by the Melbourne operation’s standards.

Broken Time the beer is inspired by Belgium’s bitter beers - of which De Ranke is likely the first name to come to mind - and has been hopped with Hallertau Mittelfruh in the boil to a sizeable 65 IBU. It then spent four weeks fermenting in stainless (a bit of a rarity for the brewery) before being spiked with Brett during bottling and left to rest for a further eight weeks.

The result is a beer that's one of Sobremesa’s cleaner releases, with a very crisp body, fluffy carbonation, floral and herbal hops and an assertive bitterness all bringing to mind a very traditional pilsner. Yet it’s a lager meets a saison, with quite a funk also coming through on the aroma, and joined by more aromatic fresh sourdough bread, even if they are in light enough to let Broken Time’s tempo turn back to pure refreshment quite suddenly.