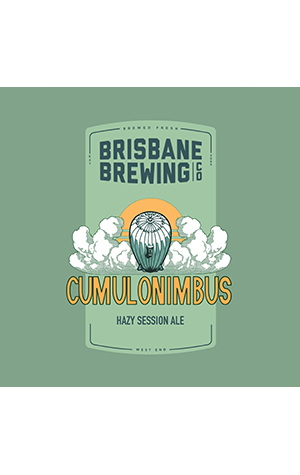 Once upon a time, Brisbane Brewing's core range included a midstrength golden ale but with that style having largely disappeared, the brewery added a session NEIPA instead. Cumulonimbus is named for a type of dense cloud formation and like its aeronautical namesake, the beer is hazy and smooth but unlike a cloud (we assume anyway) it also contains a light floral aroma and citrus kick.