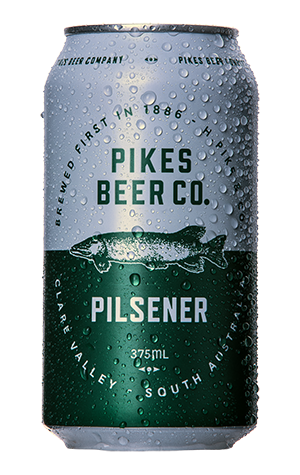 It's said that it takes a lot of beer to make a good wine. And, as a family that should be able to confirm such a claim better than most, given their involvement in both worlds in South Australia, we imagine that this sort of beer would be one to quench many a thirst at the end of a long day during vintage.

It's about as traditional a European inspired pilsener as you could wish for: the hops are gently floral and herbal, the malt presents tight and crisp and the bitterness is there to cleanse the palate and little more. Almost worth working up a sweat in the vineyards just to justify knocking one back.