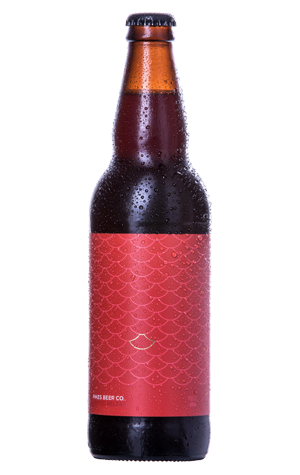 Pikes Beer Co’s sixth limited release comes in the form of this Red IPA, housed yet again in 500ml bottles sporting an embossed scaly label that tips a wink to the brewery's fishy logo. Unlike many such beers that tend to venture down the road towards overpowering hop aromas and flavours, Pikes' version is slightly different. Malt is king, with the hops Amarillo and Cascade encouraged to take a back seat. Meanwhile, at 7.2 percent ABV, the Pikes brewers have nearly hit imperial territory.

Pouring a dark copper, with a dash of a red and scarlet highlights, gentle grapefruit citrus aromas mingle with a little nuttiness and bready malts. The first sip is a combination of sticky malts, toffee, caramel and a breadiness punching through the medium body. To balance, a subtle grapefruit citrus character comes through again, as the beer finishes slight sweet and with a gentle warmth.