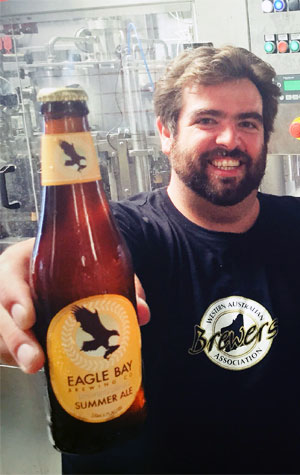 When you possess one of the most magnificent locations in the already magnificent Margaret River region and the mercury is starting to rocket, it's only right to celebrate with a beer. And, while Eagle Bay already has a couple of suitably summery drops on offer at its hilltop peninsula home, they've decided to add one more for the coming months.

The latest addition to their Brewer’s Series is a Summer Ale that "pays tribute to long hot summer days down south". It's head brewer Nick’s take on the Australian pale ale style, delicate on both the hop and malt fronts and designed to show off "a fresh and fruity hop profile with a refreshing bitterness on the finish". It is, they reckon, "best served in the sunshine with great friends and good times", something you'll be able to do throughout WA for summer.