Sometimes the planets just align. Having created a number of custom group handles for specialist coffee roasters, sculptor Rain Gidley fancied turning his talents to the beer world. He figured that tap handles could offer greater visibility atop bars than group handles do behind espresso machines and, perhaps, that there was more fun to be had in the craft beer world.

His wife, Ajda, works at Coffee Supreme's joint in Abbotsford, situated just a couple of hundred metres from the home of Moon Dog. The Moon Doggers spend much of their week at Coffee Supreme and have used their coffee in beer before so she suggested he pitch his idea to them first. And, if there was one brewery in Australia likely to be open to the idea of creating out there, sculpted tap handles, well...

Thus it was that he walked into their brewery in the middle of last year armed with examples of his work, including trophies created for roller derby leagues, and Moon Dog's distinct (and distinctly odd) labels began to take 3D shape. First came the top-hatted pig from Love Tap (perched atop a Greek column, of course), then the giant-codpieced monkey (atop a Stratocaster) and then the mulleted watermelon-cum-shark (complete with Tiki tower).

"They were already looking at 3D printing so we started doing it six months ago," says Rain, who has the sort of CV that makes him an ideal candidate to bring Moon Dog's often outlandish ideas to life.

Formerly a ceramicist, he has a background in circus and spent years travelling, working and busking as a sideshow performer at festivals the world over (so if you need anyone to hammer a nail into their head or lift heavy items with their ears for you, he's your man) before returning to Melbourne and expanding his talents outside the world of ceramics. He became involved with the roller derby scene, began creating trophies for their competitions and now even coaches in a local league, all the while building a studio at his Montmorency home.

"I can sculpt whatever anyone wants," he says. "And help them work out what they want."

In the case of Moon Dog, co-founder Josh Uljans has been pretty clear with the artistic direction, with the totem and guitar added due to a requirement to create tall handles that will stand out on bars. A period of back and forth with design ideas follows before the finished product is created from multiple materials, usually around two months after initial concepts. And, after learning the hard way from a top-heavy Rogue Ales handle left at the brewery following Good Beer Week that toppled over and started pouring beer itself, they're designed to be balanced enough to stand up straight and avoid accidental leakage. 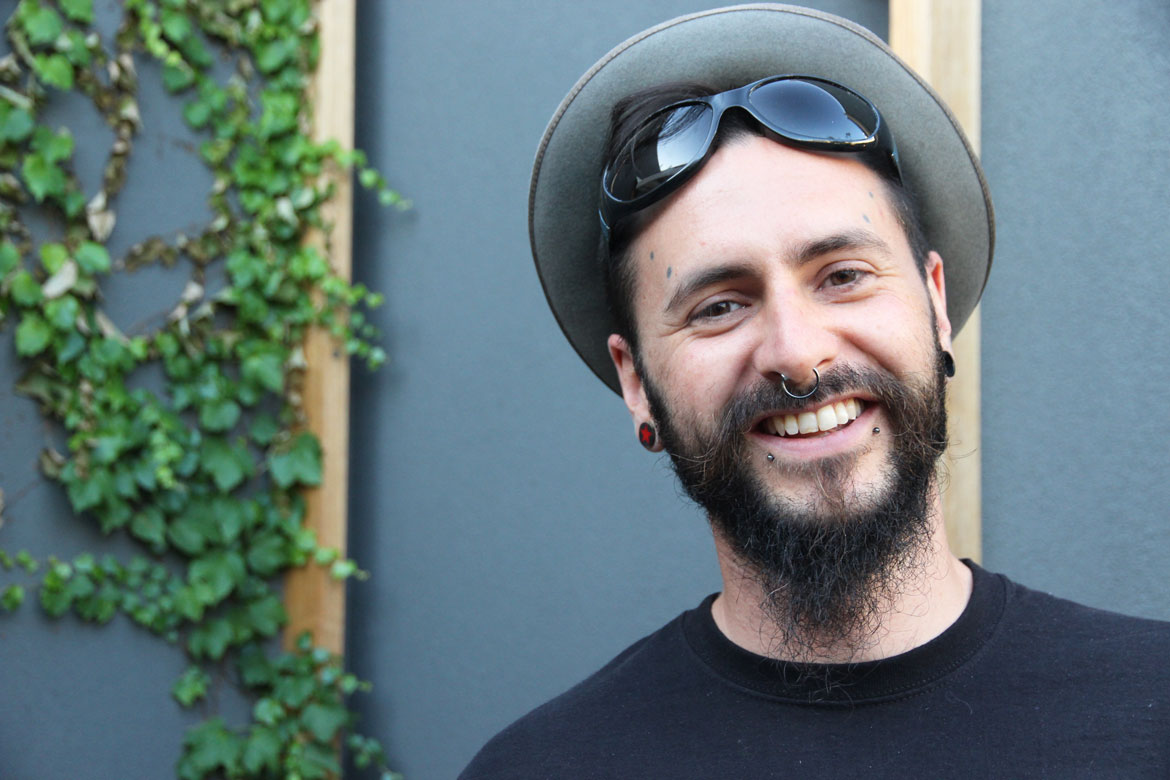 In the States, Rogue is just one brewery out of hundreds that has created incredible tap handles for its beers; indeed, it's commonplace to find bars Stateside lined with nothing but ornately carved or sculpted handles promoting a particular brewery or beer. When visiting the Craft Brewers Conference in Washington DC last year, the number of stands at the Expo promoting little but foot tall handles was surprisingly large.

Yet, while there are some breweries with custom handles in their own venues here and the likes of Mountain Goat, with their wooden goat heads, offering something extra to bars, such products have made little impact in Australia to date. Which is something Rain (pictured right) hopes to change. Already, he's started speaking to other Melbourne breweries and is hoping to find more wanting to give themselves a stand out identity at their favoured venues.

"It's good fun and adds a bit of pizzazz," says Josh, whose brewery has already commissioned a fourth design for another of its beers. "They are a reasonable investment but they provide a bit of colour at the point of sale."

As for Rain, Josh says: "He's a #$%^ing genius! He's a really talented dude who just works out how to take good ideas and make them better and real.

"The few bars that have got [our handles] really like them. It's a way to provide more fun and amusement. I think it'll take off really well. We're going to keep doing it." You may already own too many beer glasses but Carwyn Cellars hope to entice you to buy one more. They've teamed up with the glass designers at Denver & Liely to create a specialty beer glass for craft beer's finest. read on Just before Christmas last year, a barman at Mother Kelly's in Bethnal Green was eager to point us in the direction of beers from Swedish outfit Beerbliotek, explaining they were producing some of the… read on