On the eve of our final Blind Tasting of 2013, resident Beer Scholar Chris Brady has taken another delve into the past so he can deliver another sermon of style. This time we’re looking at Christmas beers because, well, because it’s Christmas.

The following piece is actually an updated version of an article Chris sent us a while ago to show what he was capable of and thus led to us begging him to start contributing regularly. It’s a bit like Garrett Oliver turning up for his interview for a brewer’s job at Brooklyn with a bottle of his home brew that became their Black Chocolate Stout. Well, it is if you turn the lights down and squint a bit. Anyway, we digress…

Thus spake the leader of Christians everywhere, Sir Cliff Richard. But what the hell would he know? For starters he forgot to mention the greatest drink of all â beer. Admittedly "beer" doesn't rhyme with, er, "rhyme" or "time" but that's no excuse.

And this year, as with every other year, at Christmas parties across the nation there'll be a surfeit of fancy wines with varietal-specific glassware, but if it's beer you're after, there's a real danger that you'll be shown a dirty esky full of canned cat's piss. However, Christmas hasn't always been a wino"s wonderland – history is littered with ale-quaffing festive shenanigans. All hail the grain!

The Beers of Christmas Past

“But that's a pretty jaundiced view of the world you've got there, matey. Come on, it's Christmas, and people have been concocting special festive drinks for millennia.”

Indeed, some 5,000 years ago the ancient Egyptians were adding date juice to their brews. Admittedly, it sure as hell wasnât Christmas, but as far as dried Middle Eastern fruits go, they don't come any Christmassier than dates. Tenuous links to antiquity aside, let's fast forward to Medieval Europe!

If you've ever entertained the romantic notion that you just weren’t made for these times and an older, more rustic situation, like that of Old Europe, would better suit your whimsical nature, then forget it. European Medieval life was rubbish. Winters were long, there was no central heating and you could expect to die in your mid-thirties. On the bright side, many cultures had a predilection for ale-fuelled celebrations.

To the Scandinavian Vikings, the brewing and drinking of ale was of considerable cultural importance. Ale was an integral part of several important festivals, one of which was Jul (Yule). Indeed, farmers were required by law to brew ale specifically for festival consumption. At one stage it was even decreed that celebrations could only end when the ale ran out.

Boozy Viking parties were largely only fun if you happened to be a Viking. If you happened to be English in the 9th century, you'd probably take a rather dim view of drunken Viking warriors and their predilection for the raping and pillaging of your eastern seaboard. By the 11th century, the English were practically overrun, with huge swathes of England under Viking control.

However it wasn't just a one way street. The Vikings gave us useful words like "window" and "sky". They also gifted us the old Christmas custom of wassail, which was, in essence, an excuse to drink excessively at Christmas. The word has its roots in ves heill, an Old Norse toast meaning "be healthy". Amongst the English, it became a ritual synonymous with Christmastime, specifically Twelfth Night, where revellers would drink their fill of alcohol from a large wooden "wassail-bowl" whilst traipsing from door to door, singing carols such as "Here We Come A-Wassailing" (you can listen to Blur's version here – yes, really).

This tradition was often perceived as being a rowdy, sometimes unwelcome affair, with groups of drunk young peasants demanding booze from rich households. The remnants of this tradition can be found in the well-known carol "We Wish You A Merry Christmas" with its demands of figgy pudding and refusals to leave empty handed. 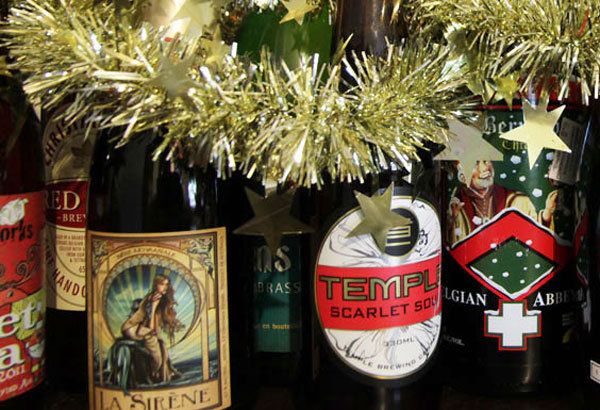 The festive drink to be supped from the wassail bowl was often hot, spiced ale (not dissimilar to the more familiar modern winter drink, mulled wine). When that sweet and spicy ale was combined with roasted apples it was known as "lambswool".

A related custom that still lingers in some of the cider-producing regions of southern England was the "Orchard-Visiting Wassail" which, naturally, took place in an orchard, involved much singing and drinking of mulled cider, and was intended to scare away evil spirits and to ensure a good crop of fruit the following season.

The Beers of Christmas Present (and Future)

Of course, back in the days of unsafe drinking water, ale wasn't just for Christmas. And with hops being the new continental kid on the block, spices were a common addition to the native drink. However that is where the roots of the Christmassy winter warmer lie. Nowadays, many British breweries produce a seasonal "winter warmer" though these may or may not be spiced. Belgium, which still has a strong tradition of spiced beers, produces many good, strong Christmas ales that are perfect for the cold weather as the fruity spice of Belgian yeast strains are a natural companion to Yuletide flavours.

Though some drinkers may feel the style to be a touch ill-suited to the kind of weather that we have here in Australia at Christmas, there are nonetheless plenty of crafty Christmas ales to choose from. These beers are often dark, malty affairs based on strong barley wines or dark Belgian styles. Roasted, crystal and chocolate malts provide a luscious foundation for warming festive flavours. Spices used are, unsurprisingly, Christmassy, with ginger, cloves and nutmeg being classic examples. Dark dried fruits add to the impression of Christmas pudding in a glass and there is at least one brewery that uses actual gingerbread in their Christmas beer. Christmas ale as a category is necessarily a very loose one in which the only real limit is the brewerâs imagination and almost any beer could conceivably be hung with baubles and tinsel by an inspired brewer. Perhaps an Australian Christmas ale is on the cards, one that tastes of barbecued king prawns and summer fruits – or perhaps not.

So this Christmas, forget the wine, forget Cliff and his chaste mistletoe, and grab a Christmas beer. But please don't forget: beer isn"t just for Christmas – it's for life! 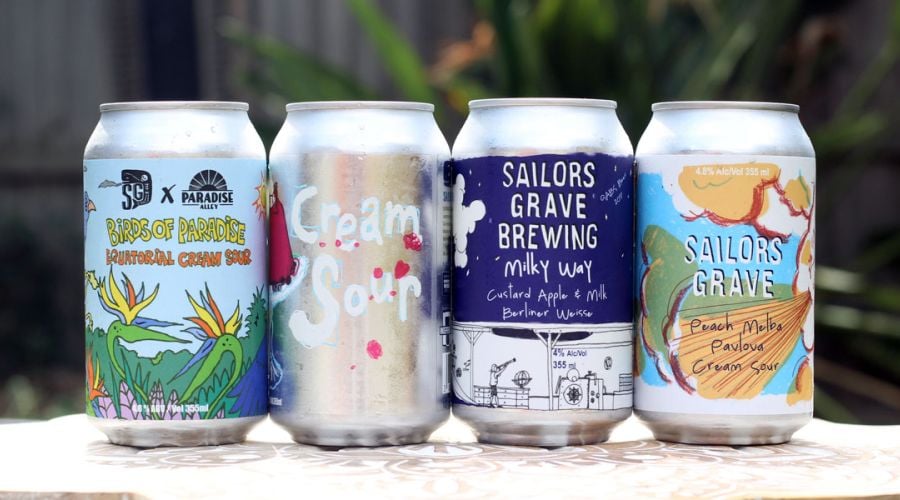 The Milkman Of Human Kindness

For the past century, you were only ever likely to find lactose – AKA milk sugar – in the occasional sweet stout. These days, it's cropping up everywhere. Brewer and beer scholar Chris Brady examines why. read on