When you're about to open a brewpub in Collingwood's (in)famous Smith Street and you're a fan of punk, who better to brew a beer with than The Smith Street Band? And so it is that Fixation Brewing main man and huge Smith Street Band fan Tom Delmont recently joined the band for a brew day.

Given the relationship between the two parties – one that has grown from Tom catching the band at the Old Bar back in 2012 through supplying beer for gigs to a friendship – it's a collaboration that might seem inevitable. But it turns out the brew's inception took place 1,700km away.

It was in Brisbane where Marty Keetels, founder of The Beer InCider Experience, was looking to line up what's become an annual tradition: arranging a collaboration beer for his festival's main stage headliners.

"When we were looking for a headliner, The Smith Street Band was the first band we approached. It's such great music to drink beer too," Marty says.

"I approached the band and asked whether or not they'd thought of brewing a beer. They had and said they wanted to do it with Tom at Fixation. It was just a lovely fit.

"Tom told me he was opening a brewpub in Smith Street and it would be open about the time that the Smith Street beer was launched – I was blown away by the coincidence."

While the brewpub isn't yet open (there's a tentative soft opening date of August 17) and the beer won't be launched until the festival kicks off on September 21, the band has already called in to sink a few IPAs at The Incubator, as Fixation's venue is called.

"I first saw them playing a residency one Wednesday back in 2012 and thought, 'This band is fucking great!'," Tom says. "I got to know them through shows, started hanging out and supplying beer for gigs. We put our IPA on at one of their album launches and it was the most people we've had drinking our beer in one place.

"Because we're mates, they said anything to do with beer, they'd give me a bell."

Which brings us to their "Poolside IPA", a 4.5 percent ABV session IPA that will also appear in a limited run of cans once the festival is over. While the band's name is a reference to frontman Wil Wagner's time spent living at the Birmingham Hotel, in Smith Street, the beer is a nod to their record label, Pool House Records – itself a reference to a share house with a pool in Footscray where some of the band members once lived.

"Most shitheads don't have a pool in the back of their house," says guitarist Lee Hartney, which brings us to the final element of the beer: a cartoon likeness of Lee on the can.

"It's because I'm a wanker," he says by way of explanation, one that goes on to include a one-off show by a cover band they formed called The Lee Hartney Sex Drive and their manager's fondness for editing Wikipedia and using Lee's name as he does.

"So we're doing this beer and someone makes a stupid joke and, after our chat, we said we're calling it this and they took us seriously," Lee says. "It's not my choice!"

When the band headed to Stone & Wood to meet the brewers – "Smelling stuff and tasting stuff," according to Wil – the aim was to come up with a beer bass guitarist Michael "Fitzy" Fitzgerald says, "we can have a few of before we play without being too drunk."

You'll be able to see whether they succeeded when they headline the Saturday session of The Beer InCider Experience before the beer hits select retailers and the taps at The Incubator.

"I've always felt indie craft brewers are the punk rockers of the beer world," says Tom of the serendipitous collab. "Little families of rather unkempt looking people that love each other and what they do.

"We’re both trying to make something – something special, something different – and something to improve the world and leave it a better, more diverse and exciting place.

“Yes, there is some science to brewing, and a recipe, but it’s also a bit magical, a bit special – like making music, it’s something humans have been doing for thousands of years to make each other happier.”

The Beer InCider Experience 2018 takes place at Brisbane Showgrounds on September 21 and 22.

Fixation's brewpub at 414 Smith Street, Collingwood, is shooting for an August 17 soft launch. 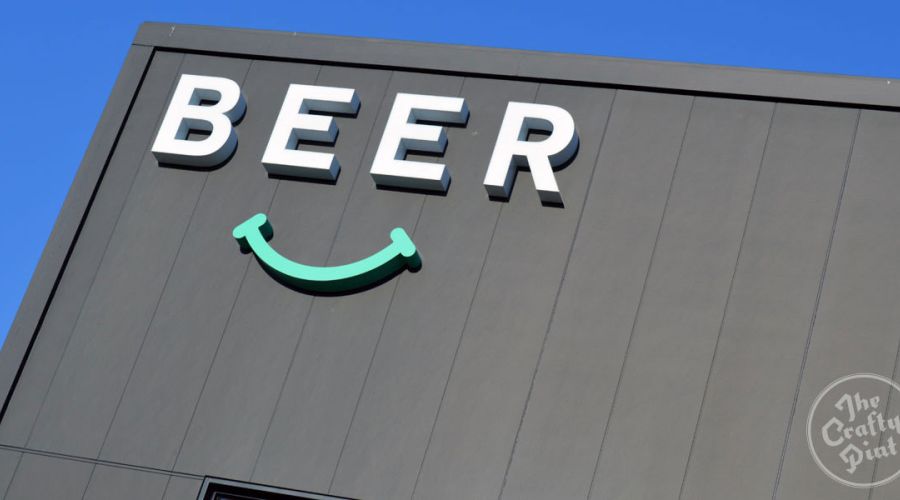 With our second launch party done and dusted in Brisbane, it's all eyes on Adelaide for the next week or two. We've got lots of winners to announce and some new swag to give away too – read all about it in our second update from The Crafty Cabal. read on Newstead Brewing is deep into stage two of its development, building a large brewery close to XXXX and launching a project to study Brisbane's indigenous yeasts. In a broad-ranging interview, Judd Owen speaks to founder Mark Howes and new head brewer Dr Kerry Claydon. read on It was a punchline that was waiting to happen as the beer world moves inexorably from bottles to cans and brewers strike up partnerships outside craft beer's original stomping grounds. It's Canned Laughter, a beer from Newstead and Brisbane Comedy Festival. read on