He may not be a "bird", but Two Birds head brewer Wilson Hede has played an important role in helping the Spotswood brewery stretch its wings. Since taking up the head brewer mantle just a few months ago, Wilson has become an integral part of the next stage in the Two Birds expansion, helping lead the brewery through a return to in-house brewing exclusively and a significant uptick in their production.

As part of our Brew & A series, Wilson shares his thoughts on why brewing was the career for him, his life outside the brewery, and why Bell's in Michigan would be top of his list for a guest stint.

When did you start your brewing career, and where were you before Two Birds?

I started my brewing career in early 2011 at Temple Brewing Company in East Brunswick. I started there before the brewery opened and was part of the team that helped build and commission the facility there. I was lucky enough to work with Dave MacGill (now Moo Brew head brewer/GM) who showed me the ropes and why brewing could be a great job and, from there, I knew it was the career for me.

After that, I moved over to 3 Ravens in Thornbury with Adrian McNulty (now señor brewer at Moon Dog) where we worked pretty hard through a period of expansion and quality improvements, culminating in some pretty decent awards just as I left there to start at Two Birds and build/commission the Spotswood brewery with Jayne Lewis.

When did you step into the head brewer role at Two Birds, and what difference has it meant for you?

We've recently done some serious expansion at Two Birds and have taken all of our beer in house from contract manufacturers for the first time. My movement into the head brewer role happened a few months ago as our production team doubled and so did our beer output.

A lot of my new role is around training, systems and ongoing projects that will make us run more efficiently.

How did you end up over at the Siebel Institute, and what was that experience like?

I started my intermediate brewing education in 2011 through Siebel – one of the leading brewing programs in the United States - via correspondence, and then completed what is now called the Advanced Brewing Theory program in late 2012.

I've recently just returned from a week at the Siebel Institute in Chicago which was a business component of their International Diploma program.

The folk at Siebel are incredibly knowledgeable and they have great access to industry veterans who frequently lecture. There's craft heroes like Matt Brynildson (Firestone Walker), John Mallet (Bell's) and Ray Daniels as well as brewers who have worked at AB InBev or SAB breweries for 40-plus years. It's a great place to learn from some of, what I would consider to be, the world's best brewers.

It's the perfect balance between critical thinking and a fast paced work environment. There's always a new challenge or a way to improve on something so it's an incredibly engaging career. Plus, you really can't argue with getting up and making the most delicious beverage in the world for a job.

I have oddly small hands so, given this unique trait, either a specialist hand model or POTUS.

What are you most likely to be getting up to on your days off from the brewery?

I play bass in a local doom/sludge band so a fair portion of my time is taken up rehearsing, organising shows/tours and standing around, looking grumpy in a black long sleeve with grim sleeve prints.

What was your epiphany beer and why?

One of my first teenage jobs was being a bussy at the Belgian Beer Cafe. Tripel Karmeliet blew my youthful mind when I first had with its bright citrus, pillowy mouthfeel and effervescence. Looking back, it was probably the 8 percent ABV that actually blew my mind.

The Double Sunset Ale we brewed last year takes the cake for me. All the malt, all the hops. Sick.

Are there any beers you've brewed that might have been better left on the drawing board?

There's always a moment in any new beer's life where you think it might be stored in the drain. Luckily enough, we've picked up a few tricks along the way to remedy those instances so they usually come good.

If you could do a guest stint at any brewery in the world, where would it be and why?

I went and took a tour around Bell's Brewery in Kalamazoo, Michigan last month and was absolutely floored by the scale of their brewery as well as commitment to craft.

The range of beers they make at an output of approximately 80 million litres per year is insane, and they don't cut a single corner, which speaks volumes about their company's core values and commitment to great beer.

Brooklyn Monster Ale. The most drinkable barley wine ever. Perfect for those lazy days on the beach.

And what would be the soundtrack when you're stuck on that island?

If you couldn't drink beer, what would be your drink of choice?

Dark Rum or Fernet-Branca on ice.

What's the one thing you wish you knew before becoming a brewer?

That getting head-to-toe drenched in beer right before the end of your shift is no fun on the now soggy drive home.

And the one piece of advice you'd give to anyone considering a career in craft beer?

Find a mentor who's in the brewing industry who can give you a lay of the land, help you meet the right people and recommend ways for you to develop your knowledge and skill set, whether it be through professional experience or in a formal education capacity.

I took this approach with Jayne back in 2011 and I think it's going OK so far...

You can read other Brew & A articles here. 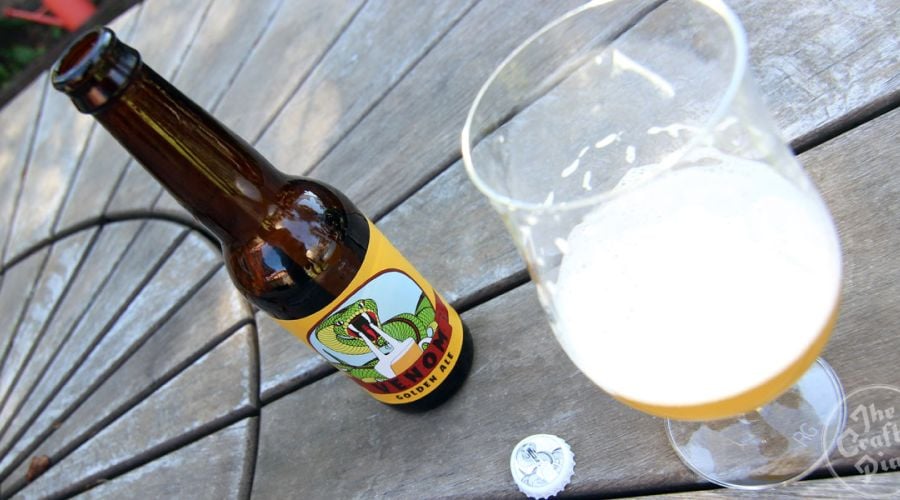 Costa Nikias is the face of La Sirène, Melbourne's "urban farmhouse" brewery. But, through 2016, a brewer previously at Beavertown has become central to all things La Sirene. He's Ben Turley and is the focus of this Brew & A. read on 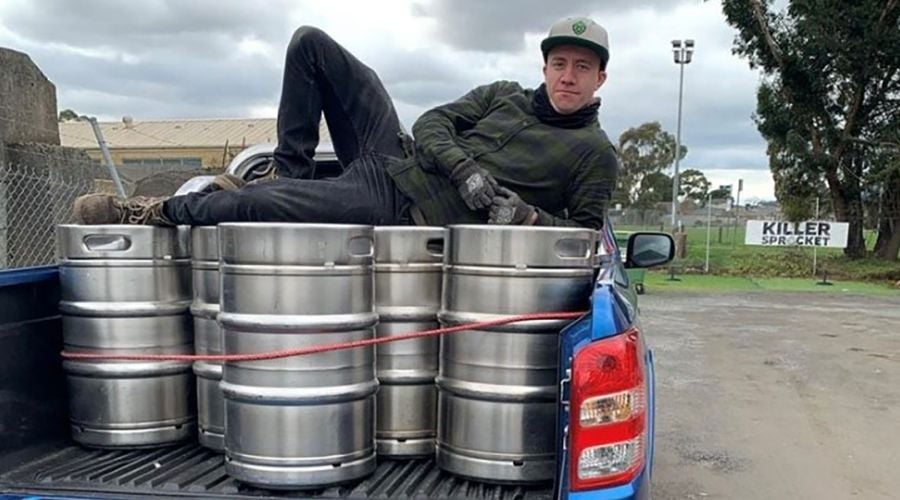